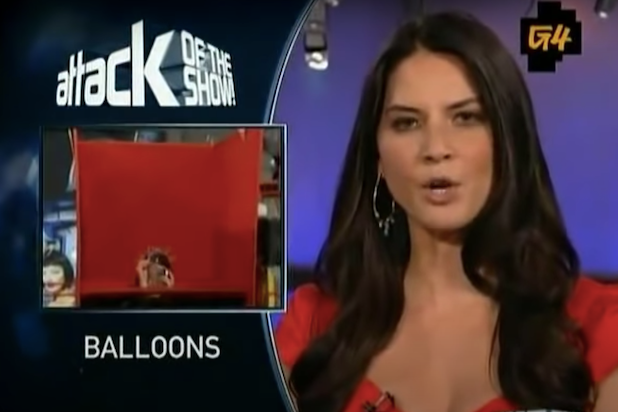 Olivia Munn is in final talks to sign a multiyear deal with the relaunching G4 Network, two individuals with knowledge of the situation told TheWrap.

The agreement deal will include a development deal and has both on- and off-air components. Munn was an original anchor on G4 series ‘Attack of the Show.” She went on to star on HBO’s “The Newsroom” and in the movie “Ocean’s 8,” among other acting credits.

A spokesman for the relaunching G4 Network did not immediately respond to TheWrap’s request for comment on this story.

G4, which weeks ago teased a 2021 return, is expected to formally announce a relaunch — including new leadership — soon. Munn’s involvement is also expected to be officially announced soon.

The G4 Media brand was a joint venture between NBCUniversal Cable and Dish Network.