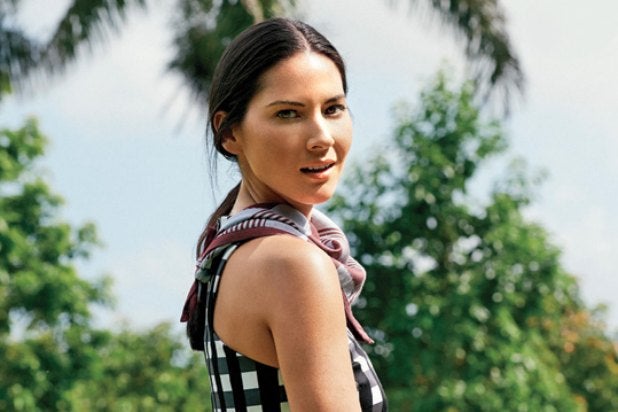 Money isn’t everything, even in Hollywood and Olivia Munn is now revealing how taking a dramatic pay cut led to some of the biggest breaks of her career.

The actress explained in a new interview that when she jumped from G4’s “Attack of the Show” to “The Daily Show,” the salary wasn’t what drew her to the new gig.

“I took an 80 percent pay cut because nothing’s better than Jon Stewart thinking you’re funny,” said Munn in the November issue of the Self magazine.

The risk paid off, as Munn was featured in 16 episodes as a correspondent for the long-running Comedy Central program and soon made a successful crossover into film, with roles in “Magic Mike” and “Iron Man 2.”

The former co-host broke geeky gamers’ hearts when she left G4 in 2010 after spending four years covering conventions and video games, and said at the time that she wished she could do it all. “Apparently you can’t do four shows at once,” she lamented.

In 2011, she took another gamble with a new job — a starring role in Aaron Sorkin‘s “The Newsroom.”

Despite having offers to star in three sitcoms and two dramas, Munn was hell-bent on auditioning for the HBO show.

“I knew that if I held out for Sorkin my life could change,” she explained.

Munn has played on-air economics correspondent Sloan Sabbith for two seasons so far and will return to the role when “The Newsroom” begins its third and final season on Nov. 9 on HBO.

Watch a “Daily Show” segment from Oliva Munn in the video below.

The November issue of Self hits newsstands nationwide on Oct. 28.