Pop star Olivia Rodrigo arrived at the White House on Wednesday to visit with President Joe Biden and his chief COVID-19 medical adviser, Dr. Anthony Fauci, as part of a new initiative to persuade young people to get vaccinated. (Because she just wants us to “be happy and healthy.”)

Rodrigo made a special appearance in the White House briefing room, saying she was “beyond honored and humbled to be here today to help spread the message about the importance of youth vaccinations.“

“I am in awe of the work President Biden and Dr. Fauci have done and was happy to lend my support to this important initiative,” the 18-year-old said in her speech, which you can watch above. 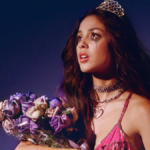 “It’s important to have conversations with friends and family members encouraging all communities to get vaccinated and actually get to a vaccination site, which you can do more easily than ever before given how many sites we have and how easy it is to find them at vaccines.gov,” she added.

The “Drivers License” singer will post the videos on her social media accounts, which boast more than 28 million followers, and the White House will feature them as well. 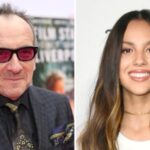 Slower vaccine rates persist among Americans ages 18 to 27, placing the U.S. just short of Biden’s goal to vaccinate 70 percent of adults with at least one dose of the vaccine, White House officials said.

Rodrigo’s appearance at the White House was initially announced on Instagram. On Biden’s account, a photo of the president as a young man was posted with the caption, “I know this young person would’ve gotten vaccinated, but we’ve got to get other young people protected as well. Who’s willing to help?”

In response, Rodrigo wrote, “i’m in! see you tomorrow at the white house!” 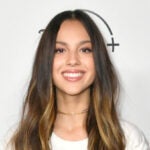 Shortly after Rodrigo arrived at the White House on Wednesday, Biden tweeted, “Olivia Rodrigo is stopping by the White House today with a clear message to young people: get vaccinated. It’s the best way to keep yourself and your loved ones safe from the dangerous new COVID-19 variants. Head to http://vaccines.gov to find a clinic near you.”

While Rodrigo’s appearance was feverishly covered by the media, one reporter took the opportunity to make a joke about “Brutal,” the opening track from the singer’s recently released debut album, “Sour.” Peep that clever tweet below.