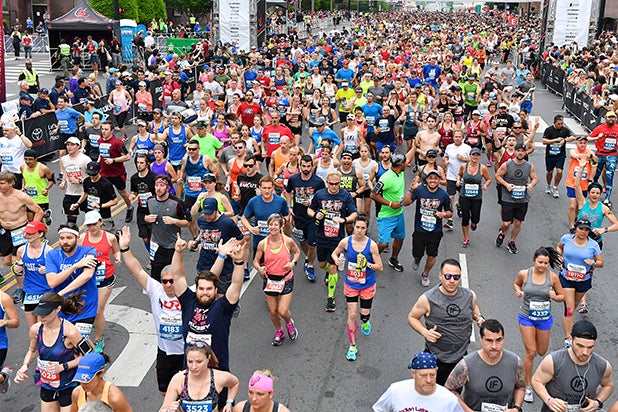 Olympic champion Eliud Kipchoge set out to run a marathon in under two hours.

Kipchoge participated in Nike’s Breaking2 race in Italy, where he easily blew by the previous marathon world record of 2:02:57 set by Dennis Kimetto. He was joined in the unofficial race by two-time Boston winner Lelisa Desisa and half-marathon world record-holder Zersenay Tadese.

The race took place on the Formula One race track in Monza and runners ran approximately 17.5 laps of the 2.4-kilometer. The Nike event aided runners with a pace car, custom fueling and new Nike shoes.

Because it was an unofficial race and runners were given special assistance, the new record will not be officially recognized.

Super Bowl Haters' Guide to Everything Else on TV Sunday, From Puppy Bowl to "Golden Girls" Marathon (Photos)

Who cares bout the Big Game when there’s a bunch of dope stuff on TV like the “Friends” and “Walking Dead” marathons?

If you're one of the few .00001 percent who won't be watching the Super Bowl LI or all the pageant-like lead-up to it on Sunday afternoon with the rest of the ENTIRE world, don't feel too bad ... we've got you covered with other dope programs to watch.

All times are Pacific.