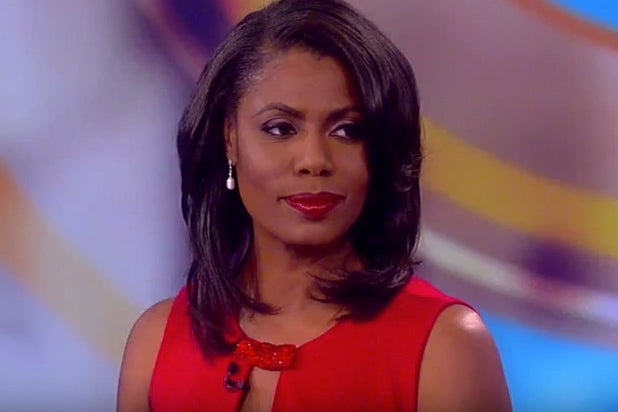 A discussion on public policy reportedly turned into a yelling match between the former reality star and the audience, according to conference participants.

The NABJ has long invited members of the White House administration to participate in its conference, the group said in an earlier statement to TheWrap, however given the current climate, Omarosa –who currently serves as Director of Communications for the White House Office of Public Liaison — was a particularly polarizing choice.

Due to her alliance with President Trump, the former “Celebrity Apprentice” contestant’s presence met objections by other conference attendees. Two journalists pulled out of the panel on Friday when the Trump aide was added to the lineup.

One panel attendee who spoke to TheWrap on Friday described the scene as “a total mess.”

“Omarosa was called on stage and asked by the moderator to discuss her experience growing up with violence in her community,” Savannah Robinson said. “After describing how her father and brother were murdered, she was asked about her role at the White House and what she was doing to prevent this violence/what she was doing in terms of policy making at the White House. She went OFF, said that she was offended that anyone would belittle what she went through …”

Robinson also noted audience reactions: “Through the whole thing, people were yelling at her, and she would respond by snapping back at them.”

But while the yelling match continued, Robinson said some participants opted for a non-verbal display of disapproval. “The most powerful part was when some attendees stood up and turned their backs to her, they stood for the whole time, didn’t yell or respond when she said something in their direction.”

As messy as the scene was, Robinson remarked that it highlighted a key issue in the African American community. “Honestly it was a total mess but one that accurately shows the divide between the mindsets of the African American community in this country today,” she said. “Whether we should still attempt to cooperate with this administration or not is something everyone is struggling to determine.”

When the event became unmanageable, Manigault stepped out of the panel and walked off stage.

The National Association of Black Journalists conference is taking place from Aug. 9-13 at the Hilton Riverside in New Orleans.