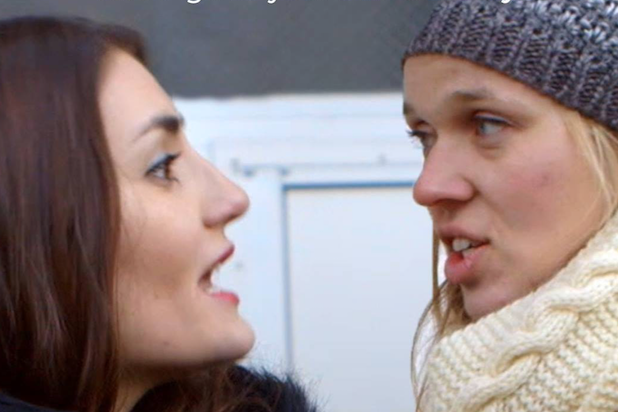 “OMGHI” is a digital series that originally premiered at last fall’s Downtown Los Angeles Film Festival and is now racking up 500,000 views per episode, but the instant gratification of digital success will make it harder for creators to enjoy projects on other mediums.

“It’s amazing to see hundreds of thousands of people responding to your show in real-time,” co-writer and director Julian Wolff told TheWrap.

Wolff, who is gearing up to shoot an independent feature film later this year, said the movie that is currently in pre-production will be a challenge because “OMGHI” has received such positive feedback… and feedback on the internet is instant.

“The comments are all so positive and funny,” Wolff said. “When we do our film later this year it’s going to be hard not to get to see everyone tag their friends below.”

“OMGHI” stars Ellen Haun and Juliette Monaco — both professional actors playing loose versions of themselves — and focuses on bizarre moments when they run into people they know, but not well enough for a natural exchange to occur, resulting in a lot of people saying, “Oh my god, hi,” hence the name of the series.

“It’s such a frequent, awkward moment. And it’s always bad. We knew there was a lot of comedy in how tragic that experience is. Of course we had to poke fun and make it a web series. Everyone feels the same way, just no one talks about it,” Haun told TheWrap.

Haun and Wolff are teaming up again for the aforementioned film, which is billed as a  murder mystery comedy. The pair of University of Southern California graduates will look to build on the success of “OMGHI” when it debuts, but sadly, movie theaters don’t typically have a comments section.

Oscars 2017: Your Guide to This Year's Nominated Short Films (Photos)

If you want to win big in your Oscar pool, you need to nail really obscure categories like the shorts. Even if you don't have a pool, this year's shorts are fantastic. (And they're  screening in theaters and on demand via ShortsHD.) Here's a guide to this year's nominees, plus predictions of the winners from TheWrap's awards guru Steve Pond.