There was a lot of nurturing support but also some tough love on offer at the BE Conference this week, which included mentoring for about 200 young women from the entertainment industry by some of the most accomplished women in the field.

There were clear common threads across a dozen keynote conversations, panels, workshops and mentoring sessions: Work hard. Listen, don’t talk. Take a job with a boss you admire, and don’t worry about the salary. Don’t presume. If you make a mistake, say so.

And don’t expect anyone to give you anything. You have to earn it.

Also Read: Amy Pascal Says Mentoring Is a 2-Way Street: 'Find People That Are Better Than You'

For young women in the industry, TheWrap’s BE Conference was designed to offer a community and a place to get guidance from the people who have achieved success. Anyone in this industry probably had to fight a couple of battles to get in here. But it isn’t easy to move up the ladder. And if you’re a woman, you may believe that it’s even harder. 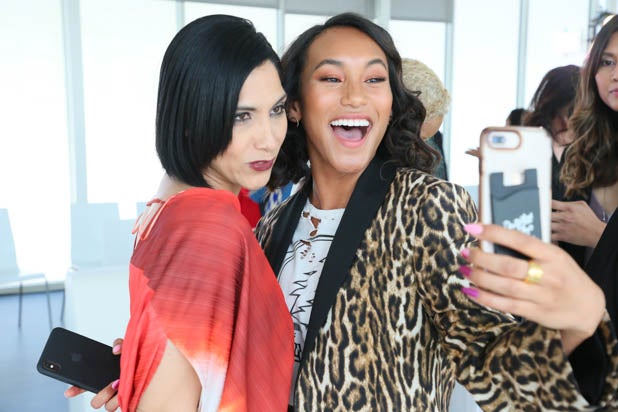 But the women at BE Conference were proof that hard doesn’t equal impossible. When asked what she looks for in a client, Debbee Klein, a top executive at Paradigm, didn’t take a beat: Incredible material, she said. Blow her socks off.

Here are some other choice takeaways:

* “This Is Us” star Melanie Liburd described a rough beginning when she moved from her native U.K. to the U.S., recounting the days when she would audition for three pilots in a single night. “This industry can destroy your soul if you allow it,” she said. “As an actor you get very used to rejection.” Rejection comes for everyone — until it doesn’t.

* Paradigm’s Klein told the attendees that no job is too small when you’re just starting out. “I started as a receptionist at a production company when I was at UCLA,” Klein said. “Whatever job it is — mailroom, receptionist — take it.” Jennifer Levine, a founding partner at Untitled Entertainment, agreed. “I don’t think any job is a mistake, because even the bad ones you learn from,” she said. “Don’t be afraid to try things as you’re coming up, because the things you don’t like you rule out.” “The people who surround you in that position — that’s the next executive,” she said. “They’ll help you and you’ll help them.”

* Amy Pascal, a top producer who for many years ran Sony Entertainment, knows better than almost anyone the fickle cycles of Hollywood. In an hourlong conversation about mentoring with producer and preacher (you read that right) Devon Franklin, she offered up three wise nuggets: 1. It’s not about you. 2. It’s not personal, it’s business. 3. Don’t presume. (Read those three points again, slowly.) Pascal had mentors who were men (John Calley) and women (Dawn Steele), and she has mentored many as a way of seeking to work with people “who are smarter than me.” Even after all these decades, she assures you, she still has to earn it.

* Whitney Davis, a former diversity executive at CBS with a 13-year career across the network, talked of painful experiences as a woman of color, including having her name mixed up constantly with the other woman of color on the staff. She made a bold choice to speak out against what she said was racist and sexist behavior toward her because “I don’t want you to have to sit somewhere for 13 years” and endure the same. “Do not do what I did,” she said, calling for change at the network from the board of directors on down. 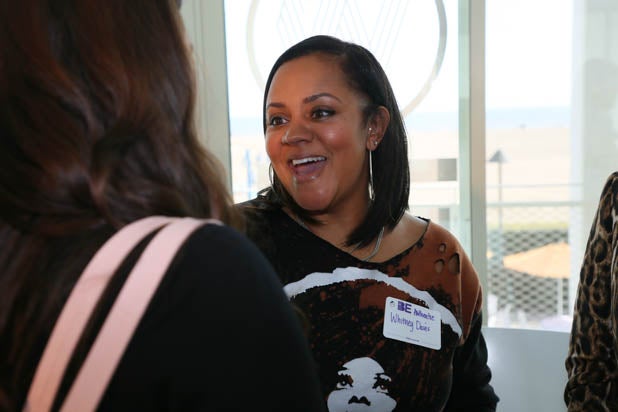 A woman in the audience from Showtime, owned by CBS, reflected the difficulty that currently ripples through the network after Davis went public this week with her accusations, and after a year in which former CEO Les Moonves resigned over sexual misconduct allegations. “People are confused. People are annoyed,” she said. “This was so insidious and over such a long period of time.”

Also Read: Former CBS Diversity Executive Demands Change: 'Start With the Board and Work Your Way Down'

* Meanwhile, on success and then failure, Frankie Shaw offered heartfelt lessons on what she learned as a showrunner on “Smilf.” The show was cancelled after an investigation by the network into her conduct on the set cleared her (yes, you read that right). Shaw said she went to a dark place. But Melanie Griffith was among those who reached out to remind her that once you achieve success in Hollywood, you must accept that life is about severe highs, severe lows, and then the same thing all over again.

“As I am going through this process now, I’m looking at what makes a good leader and what makes a good manager,” she said. “I read about a hundred books, [and I realized] I made so many mistakes…. The biggest thing that I’m looking at is, what was my part and not to repeat any pattern. There are those other elements, and those can be confusing to other people, and I see that now.”

And what about becoming a studio boss? That too takes a special perseverance, and in the case of one executive – the encouragement of a woman higher on the food chain. BBC America executive director Courtney Thomasma credited AMC Entertainment president Sarah Barnett with giving her a chance at a dream job. “Growing up, I never felt that girls had more challenges than boys to accomplish anything,” she said. “I never saw there being gender inequity until I got to corporate America… It was a rude awakening for me and something I didn’t think really existed.”

You can check out the coverage here, and make sure you join us for the Power Women Summit in October!