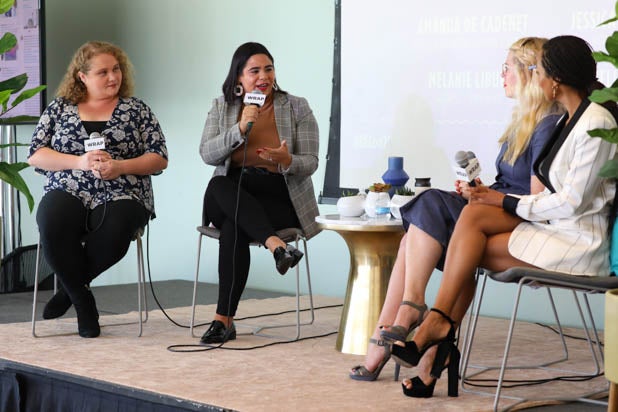 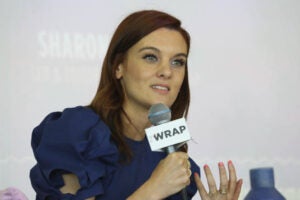 BE Conference 2019: “This industry can destroy your soul if you allow it,” says “This Is Us” star Melanie Liburd

Before she landed a series regular role on the Neflix coming-of-age drama “On My Block,” actress Jessica Marie Garcia said that she spent three years on another series where she was described as an “expensive extra.”

Speaking with other actresses on a panel about building confidence at TheWrap’s BE Conference in Santa Monica on Thursday, Garcia said she sometimes struggled to move beyond the supporting roles that have defined her career so far, like her 35-episode stint on Disney Channel’s “Liv and Maddie.”

“I want to be more than someone’s friend every time,” she said, noting that it wasn’t until season 2 of “On My Block” that her character, Jasmine Flores, became a series regular.

“This Is Us” star Melanie Liburd described a rough beginning when she moved from her native U.K. to the U.S, recounting the days when she would audition for three pilots in a single night. “This industry can destroy your soul if you allow it,” she said. “As an actor you get very used to rejection.”

She said there was many times she landed a role, thinking the series would go five or six seasons — only to be canceled after just one. “It’s worked out so much better,” said the actress, who has portrayed Zoe on NBC’s hit drama “This Is Us” since last year.

The panel also pointed out more cultural changes they’ve seen in the industry. Danielle Macdonald, who starred alongside Jennifer Aniston on Netflix’s film “Dumplin,” said that it was the first time she’s ever been with another plus-size women on the same set.

“There was no competitiveness and it was genuinely lifting each other up,” she said. Earlier in the panel, she also mentioned that she and Garcia actually met when they were up for the same role years ago, which neither of them ended up getting. But the point was that the two didn’t see each other as enemies. “If we don’t lift each other up and support each other, then we’re just competing for one single thing. If we support each other we can create multiple,” she said.

Amanda de Cadenet, Girlgaze founder, author and activist, agreed. “It’s not necessarily women and girls’ fault that they’re raised to compete,” she said. “We’ve had so few opportunities to get in the rooms, it’s like, ‘This is my spot.'”

“We’re in a really amazing tipping point, so there’s a lot of educating,” she added. “If you want change, then be a part of educating people… for me, it’s worth it.”