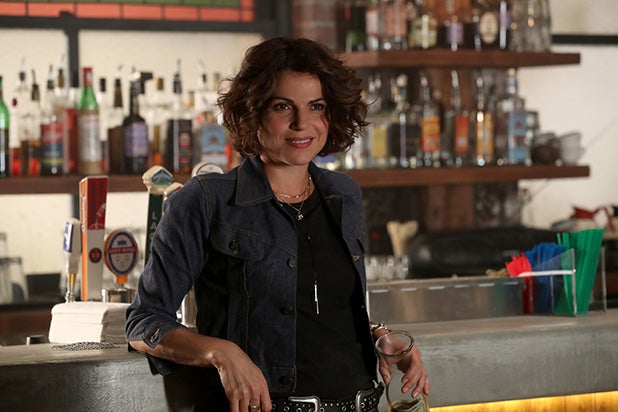 The story book is coming to its finale page for “Once Upon a Time.”

ABC’s recently-rebooted series will end with its current seventh season, a representative for the show confirmed to TheWrap on Tuesday.

“Seven years ago, we set out to create a show about hope, where even in the darkest of times, a happy ending would always be possible,” creators and executive producers Edward Kitsis and Adam Horowitz said in a statement. “But we never imagined the happy ending that was actually in store for all of us — years and years of adventure, romance, magic and hope. We’re so grateful to our brilliant collaborators – the cast, crew, and writers — as well as our partners at the studio and network for making this journey possible. But most of all, we want to thank the fans. Their fierce loyalty and devotion was the real magic behind ‘Once Upon a Time.’ We hope they join us for these last few hours as we journey to the Enchanted Forrest for one more adventure.”

Also Read: 'Once Upon a Time' Creators on Whether Fans Enjoy Season 7: 'Depends Which Website You're On'

The show lost the majority of its series regulars after last spring, when their contracts ended after after the sixth season. After Kitsis and Horowitz decided to creatively reboot things, “Once” was also moved from its regular Sunday night time slot to Fridays. The ratings took a hit after the retool and scheduling change. The series is currently averaging a 0.6 rating in the advertiser-coveted 18-49 demographic and 2.5 million total viewers per episode. That’s down over 40 percent in the key demo and 20 percent in viewers compared to last season.

ABC entertainment president Channing Dungey said she was “cautiously optimistic” about giving the show an eighth season during the Television Critics Association winter press tour last month, it looks like the Disney-owned network decided it was indeed time to give the series its final happily ever after.

“When we first heard Adam and Eddy’s pitch for ‘Once Upon a Time,’ we knew it was something incredibly special,” Dungey said in a statement. “For seven years, they have captivated us with their creativity and passion while reimagining some of our most beloved Disney fairytales, creating an undeniable global hit. Saying goodbye will be bittersweet, but ‘Once Upon a Time’ will forever be part of the ABC legacy and we can’t wait for fans to join us in this epic final chapter.”

Also Read: 'Once Upon a Time' Creators, Stars Tell Us About Latest Character Exit: 'I Was Crying Like a Baby'

“‘Once Upon a Time’ has been an amazing journey for all of us at ABC Studios and for fans around the world,” Patrick Moran, president of ABC Studios, added. “We’re so proud and appreciative of the hard work and creative talent that Eddy Kitsis, Adam Horowitz and their cast and crew brought to this show for seven magical seasons.”

“Once Upon a Time” returns with its midseason premiere on March 2nd at 8/7c on ABC.