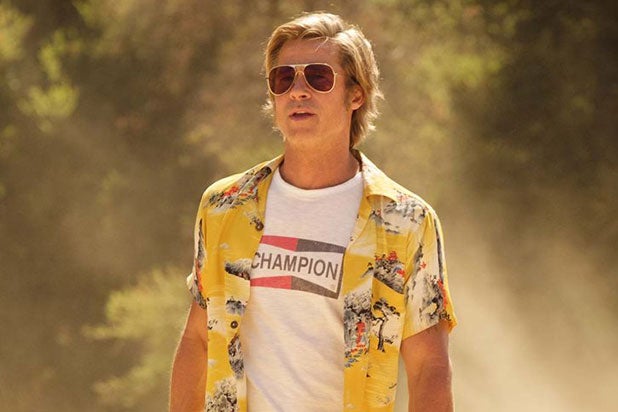 Quentin Tarantino is considering giving the expansion treatment to the Brad Pitt and Leonardo DiCaprio-led “Once Upon a Time… in Hollywood,” according to Pitt, who said that the director is talking about expanding the movie in a miniseries format.

While talking with The New York Times’ Kyle Buchanan, Pitt said that he is “still going to be pushing for the long-form film” format to survive, but that there benefits to what you can do with a project outside of the movie theater.

“On the other hand, I look at series where you can spend much more time on characters and story and explore angles you don’t always get to do in films,” Pitt said in an outtake from Buchanan’s profile on the actor, which the reporter tweeted on Thursday. “So much of these films end up on the cutting room floor because they just don’t fit in that box. That’s why I think it’s interesting that Tarantino took ‘Hateful Eight’ and ostensibly repurposed it as a three-part series. It’s almost the best of both worlds: You have the cinema experience that exists, but you can actually put more content into the series format.”

In April, Tarantino released his extended, four-part miniseries version of 2015’s “The Hateful Eight” on Netflix.

When Buchanan said he’s heard that is “something Tarantino is interested in doing with ‘Once Upon a Time… in Hollywood,'” Pitt responded: “Yeah, he’s talked about it. It’s a pretty arousing idea.”

Representatives for Tarantino did not immediately respond to TheWrap’s request for comment on his plans for a possible recut.

Brad Pitt confirmed that Tarantino’s discussed a streaming version of ONCE UPON A TIME IN HOLLYWOOD that would expand the film into several episodes and add cut footage. “It’s a pretty arousing idea,” Pitt told me. pic.twitter.com/nS4z6dmgud