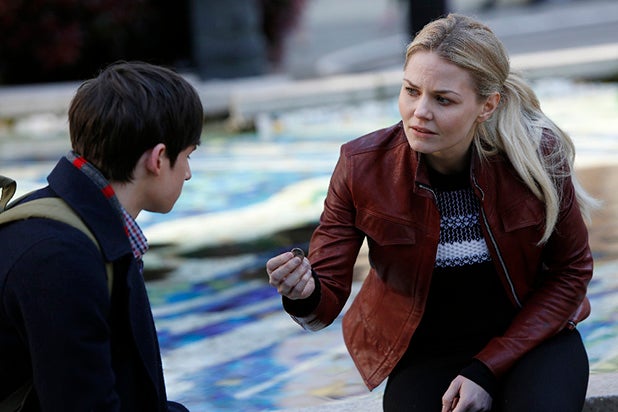 Once upon a time, Jennifer Morrison starred on ABC’s “Once Upon a Time” — but not anymore. The actress is leaving the series after six season and 135 episodes. According to her, they’ll all (still) live happily ever after.

“As I reached the end of my 6 year contract on ONCE UPON A TIME, I was faced with a significant decision. ABC, Eddy Kitsis, and Adam Horowitz very generously invited me to continue as a series regular,” Morrison wrote Monday morning on Facebook. “After very careful consideration, I have decided that creatively and personally, it is time for me to move on.”

“Emma Swan is one my favorite characters that I have ever played,” she continued. “My 6 years on ONCE UPON A TIME has changed my life in the most beautiful ways.”

“As I move on to other creative endeavors, I will continue to attend the fan conventions whenever my professional schedule allows,” the actress added. “I always look forward meeting the fans.”

Will this spell “The End” for “OUAT”? Quite possibly. The modestly rated show has yet to be picked up by ABC. A decision on “Once’s” future is expected this week, as broadcasters are set to present their fall slates to advertisers during next week’s upfronts. Check back with TheWrap often to find out what happens.

Morrison addressed the bubble status in her social media post: “If ABC Network does in fact order a season 7, I have agreed to appear in one episode,” she promised, “and I will most certainly continue to watch ONCE UPON A TIME.”