WaxWord sat with director Ondi Timoner at SXSW to talk about her differences with Russell Brand during the editing of “Brand: A Second Coming,” which opened the festival, but which prompted the sensitive actor to pull out of the festival appearance where he was supposed to be the opening keynote.

Timoner revealed that Brand intervened to make changes after the editing process., most of which the director resisted. “It was like non-violent protest,” Timoner said. The comedian passed on attending the festival, writing that watching the film would be too painful.

Sharon Waxman: Your documentary “Brand: A Second Coming” debuted to great fanfare and some controversy at SXSW. So, give me your take on it. First of all were you surprised that Russell didn’t show up?

Ondi Timoner: Well it was a big occasion because we were opening the festival, so it was sort of a marquee event. There was a big red carpet that was just me on it. I understood. I knew the whole situation was like “Get Him to the Greek” — I mean literally in real life. We knew that that it was going to be touch and go. But we were having full exchanges that I thought that, I thought he might come. I thought he was coming. I just believed that. I think we all did, and it was disappointing that he didn’t get on that plane. But, I also understand that he has been grappling with a lot of issues with the film. And I know that very intimately because I’m the director of the film and he has been communicating with me about it.

SW: What do you think the film exposes that is so painful for him?

OT: Well it was surprising to me because he is so open about his life or he seems to be such an open book. And I think people think of him that way… a lot of his stand up is derived from personal experiences. Even the messianic complex, which I follow extensively in the film and weave throughout the film, is about comparing himself to Che Guevara and Gandhi, but in their most base forms. Like wanking off on a police van because he has gotten naked at a protest as a drug addict back in the day, which truly happened, and then the crowd just bursts into a single hand gesture, and he compares that to Malcolm X dispersing a crowd outside of a court house. Or like Jesus, like Brand the second coming both means we can all have a second coming in our own lives and have a great transition, and make that switch, and he has been a very, very inspirational figure in that regard. His life story is incredibly inspirational. Somebody just cried on the sidewalk that saw me walking over here. A woman about maybe 55 or something, she just said, I am crying just thinking, I love your film so much. 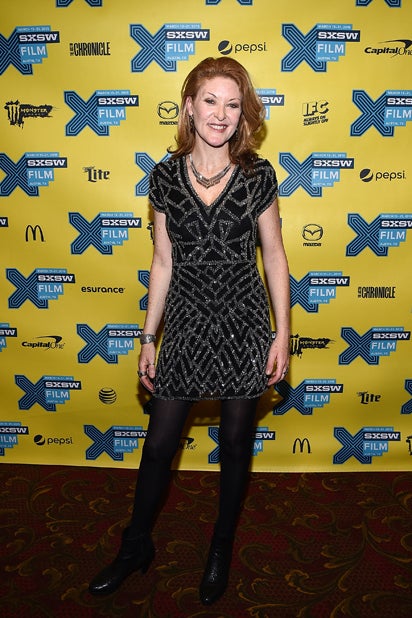 SW: But Russell broke with you at some point during the editing of the film.

OT: The film was too raw and personal for him. And he said to me, ‘My life was painful enough to live the first time.’ Going back, when he saw the first cut of the film it was January 15 that I received a call, and he said, ‘I’d say great fucking film, babe, except it is about me and I never wanted a film about me.’

The film I took over two years ago wasn’t about him. It was him making a film about happiness. And it started with Albert Maysles and Oliver Stone… and he took over the film for a while and tried directing. The first year it was in shambles, I think.

SW: As a director, that put you in a very uncomfortable situation.

OT: He persuaded me to make the film, right? And I said, ‘I will. I have to make this film about you, because you — the essence I encountered — wasn’t in the cut that I saw.’ That’s when I first became engaged. He was riveting, absolutely mind blowing, intelligent. He has a charisma that is electric, electric that wasn’t in the film.

And I’m like ‘Wait a second, you’re the person that has taken everything that will make us so satisfied – like drugs, sex, vanity, beautiful women, power, marrying a pop star.’ He took Hollywood stardom and left it all. He had it all, he left it all. That is the story, that’s everything he was looking at all these other people to say who weren’t doing that.

SW: As the filmmaker, when Russell Brand puts out that statement and you’re now standing there kind of naked at the festival because the film is about to open, how does that feel for you?

OT: I believe that it is very difficult for him to see right now, I think it is like looking in a mirror. As smart as he is in so many ways, he is still that little boy, that teenager who had that insecurity back in Essex, and that he is generally in pain and fear over.

I think he has a really strong mission that he is on right now and you will see that in the film. I have a great respect for him and admiration for him. And I think he is scared seeing all his foibles on screen and his own fear and insecurities is going to derail that mission. I think it is a deep and and genuine concern of his that will soon be allayed because it will have the opposite effect. I told him that and his team told him that. His agent, Adam Venit, stood by that by the film, loves the film. Everybody wrote him and called him and said, we love you, we look out for you, but this film is great for you. I don’t know how long it took him to get through watching the film. But a long time, like 7 or 8 hours.

OT: It was a really tough last couple of months after Russell saw the film and asked me to change it. I had to walk a fine line, because I wanted to honor his trust in me and his feelings, but I also needed to protect the integrity of the film. I made some changes for him, even broke picture lock, and I did additional interviews and added some standup moments to the film that were important to him, some of which worked great in the narrative, but most things I just couldn’t do.  It was like non-violent protest, like Gandhi tactics, I just didn’t do them and I waited it out. I talked through them with him extensively and also waited for his team, who he has trusted and known for years, to express to him their positive feedback on the film to him.  At the end of the day, we got there with it, and I hope that now that audiences and press are responding so positively, Russell will be more at peace with the film.  Though he is someone who prefers to live in the present and look to the future, the film and his life story carry many powerful and important messages that I know he believes in.