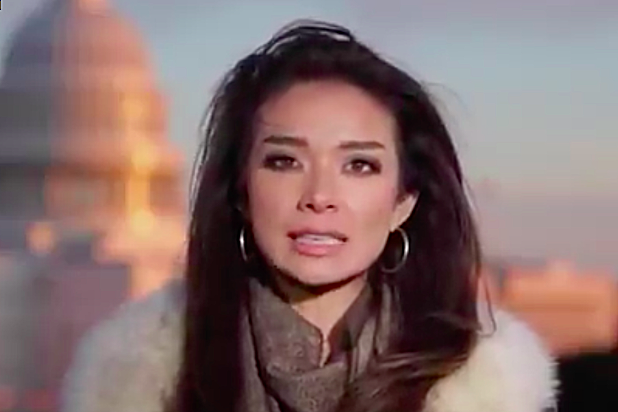 In a statement sent to members and posted to Twitter in the evening, the White House Correspondents Association noted new rules that had been implemented to restrict staying in the press briefing room.

“Under this policy, we have asked reporters who don’t have a seat not to attend press briefings,” the statement said, thanking members who respected the policy and followed it “to ensure the safety of the White House press corps and White House staff during this difficult time.”

“We are writing to inform you that the WHCA Board has voted this evening to remove a news outlet from the rotation for a seat in the briefing room. We did this because a reporter for this outlet twice attended press briefings in contravention of this policy. We do not take this action lightly. This is a matter of public safety,” the statement concluded.

Though the statement didn’t name OANN, network talent and prominent supporters confirmed it was the outlet in question in their own tweets. According to the Los Angeles Times, OAN Nreporter Chanel Rion was asked by a member of the association to leave the briefing room Wednesday because it was not her employer’s turn in the rotation and she was not scheduled to cover the evening’s briefing. She replied, per the Times, that she was there as a “guest” of press secretary Stephanie Grisham.

Rion and her right-wing network are known for being sympathetic to the president. During a mid-March press conference on the spread of the coronavirus — which President Donald Trump has been heavily criticized for calling the “Chinese virus” — Rion, who earlier this week cited a conspiracy theory that the coronavirus was possibly created in a North Carolina lab, said, “Do you consider the term ‘Chinese food’ racist because it’s food that originates in China or it has Chinese roots?”

“On that note,” Rion went on, “major left-wing news media — even in this room — have teamed up with Chinese Communist Party narratives and they’re claiming you’re racist for making these claims about ‘Chinese virus.’ Is it alarming that major media players, just to oppose you, are consistently siding with foreign state propaganda, Islamic radicals and Latin gangs and cartels? And they work right here at the White House with direct access to you and your team?”