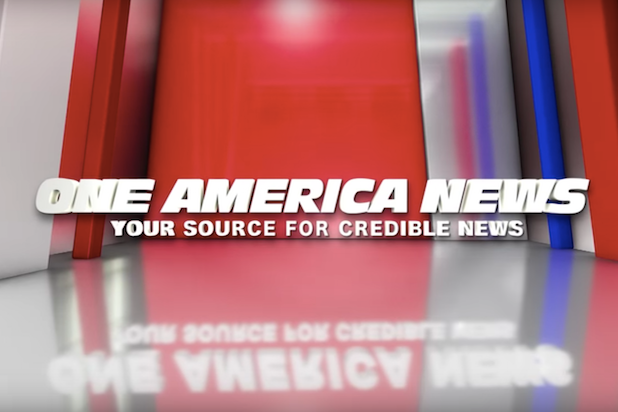 A Thursday letter from One America News Network demanding a retraction from Vanity Fair is the latest in OAN’s days-long campaign to refute the magazine’s reporting that a group affiliated with Donald Trump Jr. is buying a “major stake” in the far-right cable network.

It reads, in part, “Herring Networks, Inc., owner and operator of One America News Network (“OAN”) demands a retraction of your false, malicious, and defamatory statements written by you and published by Vanity Fair on May 4, 2020 concerning OAN.”

“You falsely claimed–without a shred of reliable evidence–that ‘…an investor group aligned with his [The President of the United States, no less!] son Don Jr. and the Dallas-based Hicks family has acquired a major stake in One America News Network’. You further make the false and misleading claim, ‘It’s unclear whether Don Jr. invested Trump family funds in the deal or was given equity,'” the letter went on. “The facts are undisputable [sic] and in direct conflict with your false and defamatory statements. Herring Networks, Inc. has not sold ANY stake in One America News Network or its Company to anyone or any entity, period.”

A representative for Vanity Fair told TheWrap the story was updated with Herring’s denial from the letter. They said he didn’t respond to a request for comment by press time and the piece’s update mentioned it was made after initial publication.

Sherman’s May 4 story included information about the young conservative network launched in 2013 and reported that President Donald Trump and members of his administration have come to value it and view it as a friendlier outlet than cable news behemoth Fox News. Trump has repeatedly praised OAN in recent months and the network, though small, has found some footing through headline-making correspondent Chanel Rion, who cites conspiracy theories and asks Trump-friendly questions during press briefings.

Herring’s denials of the reporting came in various forms throughout the week. The Times of San Diego reported that Herring told the paper Tuesday, “So far we know nothing about Trump Junior buying our Company. We have had several people who want to buy, including some locals, but we are not anxious to sell.”