“There really are no good guys or bad guys in this story,” Motion Picture and Television Fund Foundation CEO Ken Scherer tells TheWrap.

Scherer’s adversaries in the war of words over the planned closure of the MPTF’s acute-care hospital and long-term care home, however, feel otherwise. To them, the fund itself is an unambiguous villain for its continued transfer of elderly residents to regional nursing homes as part of the hospital and home’s imminent closure. 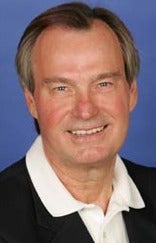 In August, Scherer gave an interview to TheWrap  in which he said the transfers (called "evictions" by members of an anti-closure group called Saving the Lives of Our Own) would be completed by Thanksgiving.

“Actually I never said that,” Scherer says today . “What we have said since Jan. 14 is that we want to work with each family to find a beautiful bed for their loved ones. We hoped we could do it within the year but now it doesn’t look like that will happen.” A statement issued by the home’s CEO, Dr. David Tillman, says there are currently 66 residents remaining at the Woodland Hills site, with 43 having been moved to other care centers or to other MPTF facilities.

Scherer is clearly pained by the controversy, in which family members have portrayed the 88-year-old motion picture charity as a callous, bottom-line-obsessed bureaucracy.

“The idea that we woke up one day to do things that would intentionally damage people doesn’t make sense,” he says.

Few debates are as volatile as those involving the way society treats its elderly. In what seems like another world, the L.A. Times, in a  1996 piece titled “Expanding a Field of Dreams,” profiled Scherer as a rainmaker whose fundraising acumen was allowing the Motion Picture Home to dramatically expand its services.

“Ken Scherer,” it began, “his shoes slightly soiled from the strawberry field he aims to replace some day with homes for retired show-business workers, was feeling good about his likely place in Hollywood history.”

But today’s recession, he says, along with spiraling medical costs, have forced MPTF, which operates a range of other medical, social and charitable services for members of the entertainment community, to stop what it believes is the hemorrhaging of money by the hospital and retirement home.

“You cannot look at the health care situation in California today and deny that the system is under incredible stress,” Scherer says. “We’re simply part of that situation. About 22 nursing homes have closed in California. Most just give 30-day notices to leave — none have gone to this extreme that we have gone to for our residents.”

Scherer recalls the case of one resident who wished to be moved to Portland, Oregon. After locating a suitable nursing home, he says, MPTF sent a care team of nurses, social workers and others to explain to the staff of the new home what the woman’s particular wants and needs were.

MPTF’s closure decision has created a profound distrust and animosity among the anti-closure activists toward Scherer’s organization, which, the activists feel, could easily move part of its impressive financial resources to cover the nearly $10 million annual shortfall MPTF says the facilities incur. At the heart of the families’ argument for keeping the home open lies a belief that the retirees have a right to stay put in a community of colleagues who worked in the entertainment industry.

Scherer says it is not that simple.

“We believe we could potentially lose $75-$80 million on the unit,” he says. “There is great wealth (in Hollywood)  but there is a limit to what it can do. The industry we serve is shrinking.”

Scherer says he regrets the fund’s early miscommunications about the closure, which made it appear as though MPTF was bent on tossing residents out to meet a deadline. Certainly, with the holiday season approaching, that strategy would be a PR disaster.

Yet sources close to the controversy say that the home and hospital will close and that keeping them open is not open to negotiation. Instead, says Scherer, the fund will continue speaking with each resident and their family members about the best place and time for transfer. In other words, MPTF is only transferring residents out of the home when beds become available elsewhere.

“I don’t think it’s a change of policy,” he says when asked of the home’s closure through attrition. “We continue to find a place for people’s loved ones.”

The inevitable question arises, however, of whether the fund will keep the home and hospital operating for the sake of a dwindling number of holdouts if that number is whittled down to a handful. Also, does the fund have a tipping point beyond which it will turn off the lights?

“We’re not going to have this discussion in TheWrap,” Scherer says. “It’s going to be held with the families — as it should be.”