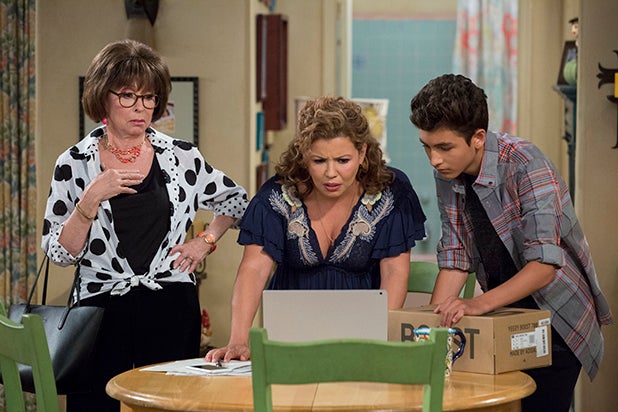 Netflix has canceled its “One Day at a Time” reboot after three seasons, the streamer announced on Wednesday.

Despite critical acclaim and a dedicated fanbase, the show had been on the bubble for renewal, becoming the subject of a campaign for renewal on social media in recent months. Co-creator and co-showrunner Gloria Calderon Kellett called on fans last month to stream the show and express their desire for a fourth season.

However, Netflix said Wednesday that the Norman Lear sitcom’s viewership numbers did not justify a fourth season. “The choice did not come easily — we spent several weeks trying to find a way to make another season work but in the end simply not enough people watched to justify another season,” the streamer said in a statement.

Sony Pictures Television plans to shop the show to other outlets and networks in the coming weeks, according to an individual familiar with the situation.

“We had the time of our lives making this show,” executive producer Mike Royce said in a statement, confirming that the studio is searching for a new home for the show. “We worked with the best, most giving and talented cast, writers and crew ever, as well as the incomparable Norman Lear. So while our hearts are very heavy, they are also bursting with appreciation for this amazing experience.”

A Cuban-American-centric reboot of the 1970s sitcom that ran for nine seasons on CBS, “One Day at a Time” centers on a recently separated, former military mom (Justina Machado) navigating a new single life while raising her radical teenage daughter and socially adept tween son, with the “help” of her old-school Cuban-born mom (Rita Moreno) and a friends-without-benefits building manager named Schneider (Todd Grinnell).

Also Read: How 'One Day at a Time' Star Justina Machado Nailed That Six-Minute Hospital Monologue

“It’s been a great honor to work with the legendary Norman Lear on One Day at a Time,” Netflix chief content officer Ted Sarandos said in a statement. “I’ve personally spoken with Norman, and co-creators Gloria Calderón Kellett and Mike Royce, to express my gratitude to them, all the writers, the dedicated crew and the cast including the brilliant Justina Machado and dazzling Rita Moreno for creating a series with such humor, heart and humanity. This was a very difficult decision and we’re thankful to all the fans who’ve supported the series, our partners at Sony, and all the critics who embraced it. While it’s disappointing that more viewers didn’t discover One Day at a Time, I believe the series will stand the test of time.”

You got to LA, You did the work, You worked hard for a long time, You finally got a show, It was a critical darling and it STILL got canceled. A THREAD. Here we are. I can’t believe it but it happened. The show I love just got canceled. This happens. This is part of the gig.