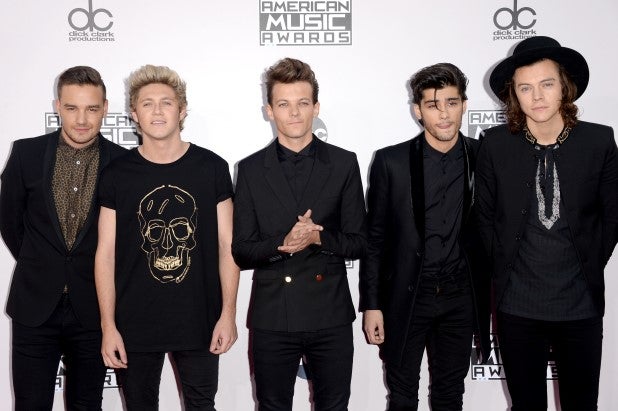 The remaining members of One Direction have given their first official interview since Zayn Malik left the group last month.

In a story published this weekend by U.K. paper The Sun, Louis Tomlinson, Liam Payne, Harry Styles and Niall Horan discussed Malik’s decision to exit the group, and what’s next for the boy band.

“It’s been a tough few weeks, probably the toughest since the band was formed five years ago,” Payne told the newspaper. “We’re gutted that Zayn chose to leave, but now after a few performances as a four piece, we’re feeling confident and are determined to carry on stronger than ever.”

Tomlinson added, “All four of us are 100 percent committed to staying in 1D,” during the interview from Dubai, where One Direction performed Saturday as part of the “On the Road Again” tour.

Styles also confirmed reports that the group is working on new music.

“It’s very exciting to be working on our fifth album,” he said. “It shows how incredible the fans have been. A huge thank you to them for everything they’ve done for us. All the love to them.”

Malik departed the boy band on March 25, explaining, “I am leaving because I want to be a normal 22-year-old who is able to relax and have some private time out of the spotlight.”

He also apologized “to the fans if I’ve let anyone down,” but asserted, “I have to do what feels right in my heart.”

After Malik’s departure, Payne posted a message on Twitter to reassure heartbroken fans.

“I feel like right now it’s OK to be sad and upset.” Payne also noted, “This last week has been some of the worst times, possibly the worst it’s something we are all deeply saddened by.”