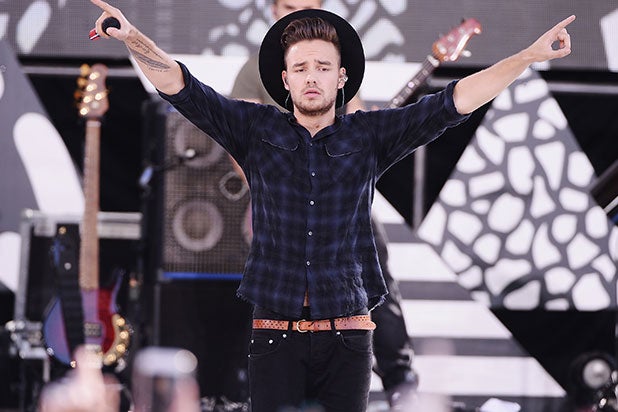 It’s not a good day to be a One Direction fan, judging from the Twittersphere.

One Direction member Liam Payne announced Thursday that he has signed a solo record deal, prompting fans to freak out over the growing possibility that the band, which is currently on hiatus, may never reunite.

Payne announced Thursday that he had signed to Capitol Records, the home to Payne’s fellow music legends the Beatles.

“Happy to have signed to @CapitolUK,” Payne wrote. “They have an amazing history of artists, I hope I can follow in their footsteps.”

But fans quickly lit up Twitter with fears that Payne’s footsteps could be leading away from One Direction. Within hours of his announcement, #OneDirectionIsOverParty shot to the top of Twitter trends, and it was a sad party indeed.

“This is no party. This is a funeral,” one attendee observed.

“My heart’s already breaking, baby, go on, twist the knife,” another remarked.

“I’m not going to say I wasted 5 years of my life bc let me tell you those 5 years were the best years of my life,” another One Direction fan offered, attempting to find the silver lining in the Liam Payne-shaped cloud.

“I want to be happy for Liam but I don’t want the happiest years of my life to be over,” another fan wrote. “I’m so torn.”

Payne’s solo deal follows the departure of Zayn Malik from the group last year. And in June, fellow One Direction member Harry Styles signed his own solo deal with Columbia Records. While the band members have attempted to reassure fans that they will reunite following their hiatus, given recent events, One Direction followers were skeptical on Thursday.

“Us:ugh when will this hiatus end? 1D:don’t worry y’all it’s already over, just like the band! lol have a nice life,” one fan wrote.

Happy to have signed to @CapitolUK. They have an amazing history of artists, I hope I can follow in their footsteps pic.twitter.com/tVlDsXVVW3

Us:ugh when will this hiatus end?
1D:don’t worry y’all it’s already over, just like the band! lol have a nice life! #OneDirectionIsOverParty

“It’s just a break”
“Promise”
“We’ll be back”
“It’s far from over”#OneDirectionIsOverParty pic.twitter.com/JOT1uOwIOo

ONE DIRECTION IS THE REASON WHY I HAVE TRUST ISSUES #OneDirectionIsOverPartypic.twitter.com/pE8boE1uQI