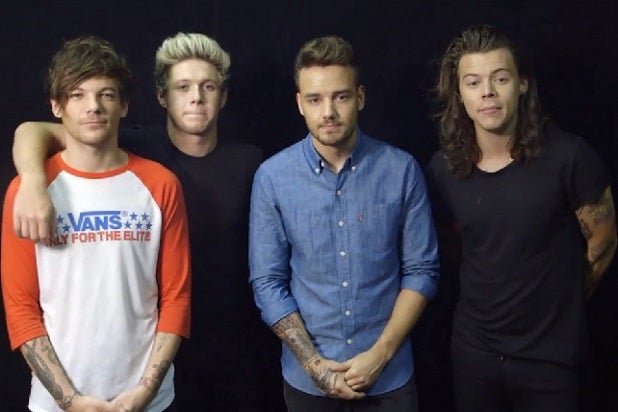 One Direction may be preparing to take some time off, but first they’re going to take fans to “Infinity.”

The group, which announced in August that it “will be taking a well earned break” next year, announced on Tuesday that it’s upcoming album, “Made in the A.M.,” is now available for pre-order.

While the album won’t be released until Nov. 13, Harry Styles and his cohorts don’t plan to leave their fans in the lurch until then; a track from the album, “Infinity,” is available instantly.

Also Read: Justin Bieber Smashes One Direction Record to Tune of 21 Million: 'What Do You Mean?' by the Numbers

The group, which made the announcement via Twitter, is moving forward without former member Zayn Malik, who quit the group in March and subsequently signed with RCA Records to, as he put it, make “real music.”

One Direction released the Malik-free single “Drag Me Down” in July.

Watch One Direction make their “Made in the A.M.” announcement below.

The guys have an exciting announcement for you… https://t.co/J2IdOIJSYD