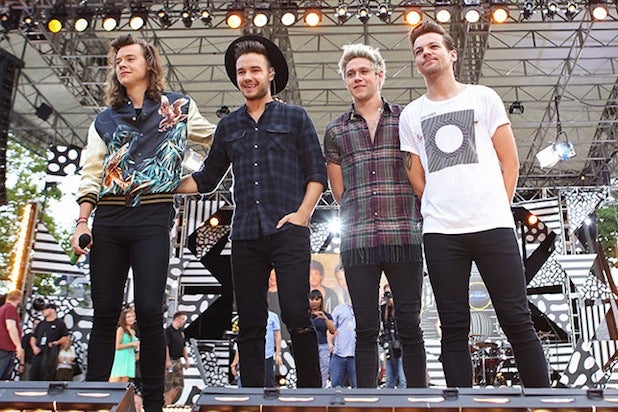 One Direction’s Louis Tomlinson finally broke his silence about his imminent fatherhood on “Good Morning America” on Tuesday.

Reports came out two weeks ago that the 23-year-old singer is expecting his first child with Los Angeles-based stylist Briana Jungwirth, but he’s stayed quiet about the topic on social media. Some fans doubted the news since Tomlinson wouldn’t publicly acknowledge he would be a dad.

On Tuesday morning, after the band performed its new single “Drag Me Down,” “GMA” host Michael Strahan was able to get Tomlinson to confirm the news.

Also Read: 'The View' on Fan Furor Over 1D's Louis Tomlinson Pregnancy Shocker: 'Still 3 Others Happy to Impregnate You' (Video)

“Louis, from one father to another I want to congratulate you on your upcoming fatherhood. So how are you feeling?” Strahan asked.

“Thank you. Obviously it’s a very exciting time, so thank you,” Tomlinson said.

“Obviously it’s different, but, you know, when you lose a member of your team obviously everyone gets a little bit close together,” Liam Payne said. “It’s still going great and that’s what this album is about,” he said. “We’re still going strong and we’re all still here.”