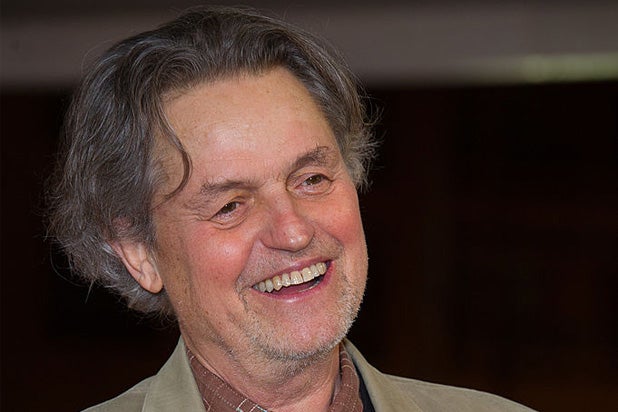 One of Jonathan Demme’s last projects was directing an episode of Fox’s “Shots Fired” that will air tonight just hours after his death at 73.

Series creators and producers Gina Prince-Bythewood and Reggie Rock Bythewood released a statement Wednesday morning about the director’s passing, noting that there will be an “In Memoriam” card on the episode.

“We mourn the passing of Jonathan Demme,” they wrote. “He was a tremendous artist who shared our belief that art can change the world. He was a gift, and he made every one around him better. He taught us to care a little bit more, believe a little bit more and listen a little bit more. We will miss him.”

“Shots Fired” star Sanaa Lathan posted a photo of her and Demme on Twitter Tuesday expressing her excitement for the episode. She called him the “GREAT #JONATHANDEMME.”

Also Read: Hollywood Remembers Jonathan Demme: 'He Could Do Anything'

Did u see #SILENCEOFTHELAMBS or #PHILADELPHIA? The GREAT #JONATHANDEMME directed the EPIC #HOUR6 of #ShotsFired ????????????TOMORROW 8pm on @foxtv! pic.twitter.com/QvtsfOatny

Other cast and crew expressed their sadness for the famous director’s passing, also noting the sad timing of his “Shots Fired” premiere.

“Stunned by this news. Absolutely floored. On the day his episode of Shots Fired airs,” said writer Chris Bythewood.

Stunned by this news. Absolutely floored. On the day his episode of Shots Fired airs. You will be missed Mr. Demme https://t.co/3XIUtffwqd

Demme died of esophageal cancer and complications from heart disease Wednesday morning. He was originally treated for the disease in 2010, but suffered from a recurrence in 2015. His condition deteriorated in recent weeks. He is best known for directing “Silence of the Lambs” and “Philadelphia,” but worked outside of feature films in TV, on the stage, and in concert films.

“Shots Fired” is a limited series that tells the story of a town that is rocked by the shooting of an unarmed white man by a black police officer, which unravels more race-related problems within the police force.