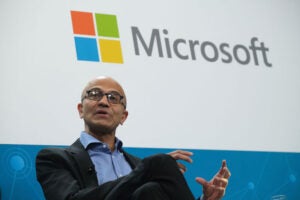 Quibi is having difficulty retaining subscribers despite a strong start in June, and 33% of respondents in a recent survey by analytics outfit Kantar said they plan to cancel their subscription this quarter.

The mobile-first streaming on-demand platform founded by Jeffrey Katzenberg launched in April with $1.75 billion in funding.

“Quibi has been hit hard by stay-at-home orders, greatly reducing the unique selling point of its short time frame, mobile-first approach,” Kantar noted. “Quibi subscribers’ biggest gripes are around quality of the shows, ease of use and buffering/speed issues.”

Quibi initially launched with a 90-day free trial, but most customers aren’t holding onto their subscription once that trial period expires.

One factor inhibiting Quibi’s growth is that it’s one of several streaming on-demand services users pay for — Kantar’s data found that the average Quibi subscriber also subscribes to about 5 other SVOD platforms. That’s compared to the average market rate of three subscriptions per person, and is “unlikely to be sustainable,” Kantar noted.

In June it was reported that Quibi was on track to fall far below its projected subscriber count this year — the short-form streaming service is expected to have 2 million or fewer paying subscribers by the end of 2020.

Katzenberg told the New York Times in May that he blamed the company’s lackluster consumer interest and launch hiccups mainly on the coronavirus.