The remarkable run of "The Hurt Locker" in critics awards continued on Wednesday when the Online Film Critics Society named the Iraq-themed film the best picture of 2009, and saluted Kathryn Bigelow with its best director award, star Jeremy Renner with its best actor prize, and Chris Ennis and Bob Murawski with its top editing honor.

The other acting prize, best supporting actress, went to Mo’Nique for "Precious."

"Anvil!" was named best documentary, "The White Ribbon" best picture not in the English language, and "Up" best animated feature. 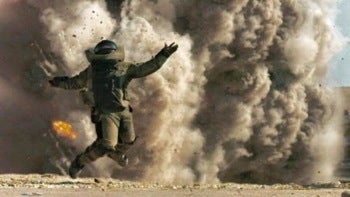 Best Picture Not in the English Language: "The White Ribbon"