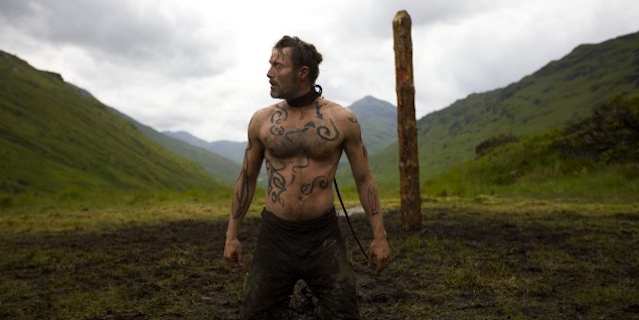 Nicolas Winding Refn is hoping to re-team with his "Vahalla Rising" star, Mads Mikkelsen ("Hannibal"), for another bloody adventure seen through the single eye of a violent mute.

The Playlist spoke to the director at Thursday's North American premiere of his latest film, "Only God Forgives," and Refn revealed that Mikklesen's character, One-Eye, would live again — in Tokyo.

"There’s a similarity between 'Valhalla Rising,' 'Drive' and 'Only God Forgives.' But in a way I had this idea of Mads Mikklesen to go back to the origins of this character," Refn said. "But make the movie in Tokyo.”

The 2009 film followed a silent warrior of supernatural strength who escapes his Viking captors, and joins a group of knights journeying to the Holy Land to fight in the Crusades, only to end up on an island populated by savages.

It's hard to imagine how Refn could craft a sequel to the film which took place in 1000 A.D., but he teased further adventures of One-Eye would be "about the future."

It's also hard to imagine when the idea will actually come into fruition, as he's currently in the process of resurrecting "Barbarella" for television, as well as developing an all-female horror film to direct.

"Only God Forgives," the director's second collaboration with Ryan Gosling and follow up to "Drive," hits theaters on July 19.