Cara Delevingne has joined the cast of “Only Murders in the Building” in a series regular role for the Hulu comedy’s upcoming second season, the streaming service said Wednesday.

The first season of “Only Murders in the Building,” which was co-created by Steve Martin and John Hoffman and aired between August and October, followed strangers Steve Martin, Oliver (Martin Short) and Mabel (Selena Gomez) who share an obsession with true crime and suddenly find themselves wrapped up in one of their own.

Per Hulu’s logline for “Only Murders” Season 1: “When a grisly death occurs inside their exclusive Upper West Side apartment building, the trio suspects murder and employs their precise knowledge of true crime to investigate the truth. As they record a podcast of their own to document the case, the three unravel the complex secrets of the building which stretch back years. Perhaps even more explosive are the lies they tell one another. Soon, the endangered trio comes to realize a killer might be living amongst them as they race to decipher the mounting clues before it’s too late.” 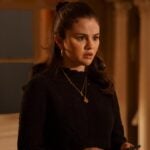 “Carnival Row” star Delevingne will join “Only Murders in the Building” for its second season as Alice, who is described as “a sophisticated art world insider who becomes enmeshed in the mystery.”

“Only Murders in the Building” is executive produced by co-creators Martin and Hoffman along with Short, Gomez, Jamie Babbitt, “This Is Us” creator Dan Fogelman and Jess Rosenthal.

Readers can find out what showrunner Hoffman told TheWrap about his Season 2 plans here. 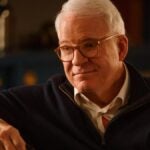 Delevingne’s most recent TV credit is her leading role on Amazon Prime Video’s “Carnival Row,” which is about to wrap production on its second season. She will next begin work on a six-part docuseries for Hulu and BBC titled “Planet Sex,” which focuses on sexual identity around the globe.

She is repped by WME, One of One Management, The Lede Company, and Sloane, Offer, Weber & Dern.