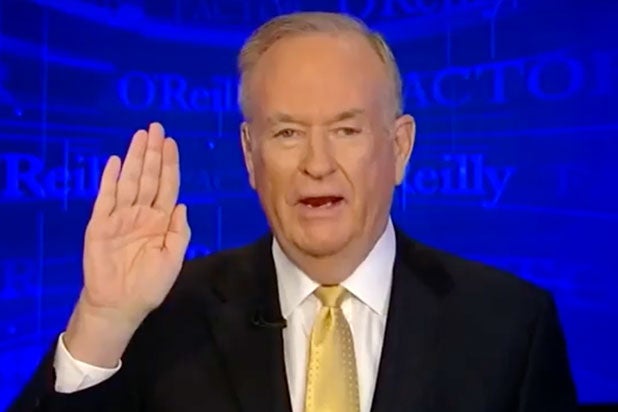 Fox News Channel’s “The O’Reilly Factor” picked up four of the top six telecasts in all of cable last week, each averaging more than 4 million viewers. The only show seen by more viewers was AMC’s hit “The Walking Dead” and its after show, “Talking Dead.”

Among total day viewers, Fox News was also No. 1, averaging 1.76 million viewers while Nickelodeon finished second with 1.2 million. HGTV, CNN and Adult Swim round out the top five among total viewers.

Fox News Channel has been the No. 1 cable news channel for 15 consecutive years after winning the month of January, and it appears the network will pick up another victory for February.

While Fox News finished first in both categories, cable news rivals CNN and MSNBC both cracked the Top 10. CNN averaged 1.28 million primetime viewers and 871,000 among total day, while MSNBC averaged 1.43 million viewers during primetime and 772,000 overall.

Fox News picked up 26 of the 35 most-watched cable telecasts of the week, including various episodes of “The Five,” “Special Report with Bret Baier,” “The First 100 Days,” “Tucker Carlson Tonight,” “Hannity” and O’Reilly.