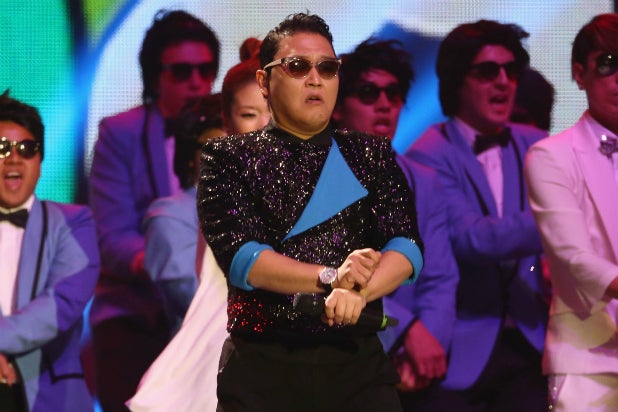 The international pop smash’s corresponding dance was simultaneously performed by the ring of dancers on the South Korean stadium centerstage, who looked like they enjoyed the welcome break from their regular routine.

For the most part, U.S. Twitter seemed to dig the moment. Check out some reactions from the social media platform below.

Because OF COURSE #USA had to enter to #GangnamStyle. ???? #Olympics #PyeongChang2018 pic.twitter.com/7s0XwlduJJ

And now, some of the other responses to the moment:

#GangnamStyle blaring in #PyeongChang2018 right now and people in the stands doing the dance. Incredible! Forgot this song was Korean #OpeningCeremony pic.twitter.com/NXozeyAfF7

wait, are they seriously playing #gangnamstyle at the #winterolympics? forget the medals, THIS IS GOLD. ????

Sneak peek for those waiting for tonight's #OpeningCeremony primetime show…yes, they play #gangnamstyle. And it's on while the US comes out.

The United States is entering the #OpeningCeremony to #GangnamStyle – athletes loving it! Atmosphere looks sensational! ????????

Is anyone else watching the #Olympics2018 Opening Ceremony with baited breath anticipating a grand finale where the whole stadium breaks into #GangnamStyle or is it just me?

And watch PSY’s official music video for the song here:

Those not live-streaming the Opening Ceremony along with us can catch it with commentary tonight at 8 p.m. ET/5 p.m. PT on NBC.