Free business advice: give Oprah Winfrey tens of millions of dollars, trust us — you’ll see the returns. Discovery Communications did exactly that on Monday, and the company’s share price rose more than 7 percent as a result.

Earlier today, Discovery and Oprah’s Harpo, Inc. announced that the former has paid the latter $70 million for 24.5 percent more of an ownership stake in cable channel OWN. The two companies were previously 50-50 in the partnership — there’s a clear majority owner now.

That said, part of the deal included Winfrey extending her contract to remain CEO through 2025. So you tell us who’s truly in charge over there.

DISCA shareholders sure don’t care about little details like that — not so long as their stock price keeps going in this direction: 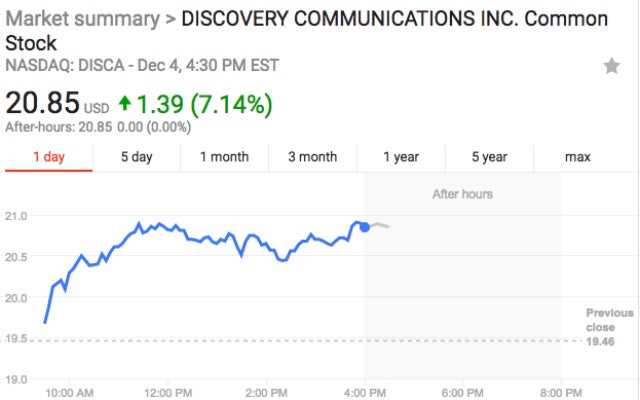 This isn’t the first time an affiliation with Oprah has really moved a stock. In October 2015, Winfrey announced that she would be investing in Weight Watchers — that same day, WTW share prices exploded.