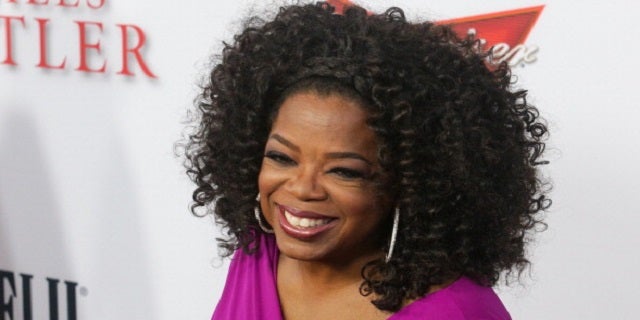 Oprah Winfrey is "sorry" that the story of her encounter with a store clerk in Zurich blew up the way it did.

Winfrey ignited a media frenzy last week when she told Larry King that a shop clerk refused to show her an expensive handbag, saying that Winfrey couldn't afford the bag. The OWN boss cited the exchange as an example of racism that she's encountered.

But at the Los Angeles premiere of her upcoming movie "Lee Daniels' The Butler," Winfrey said that she regretted that the story became as big as it did.

See video: Oprah Winfrey to Lindsay Lohan: Are You Addicted to Chaos?

Winfrey went on to say that, when she went to the boutique in Zurich to look at the $38,000 handbag, her appearance at the time was not indicative of her wealth — not that she thinks that should have mattered.

"I'm in a store, and the person doesn't obviously know that I carry the black card and so they make an assessment based upon the way I look and who I am," Winfrey added. "I didn't have anything that said, 'I have money.' I wasn't wearing a diamond stud. I didn't have a pocketbook. I didn't wear Louboutin shoes. I didn't have anything … You should be able to go in a store looking like whatever you look like and say, 'I'd like to see this.' That didn't happen."

Nonetheless, Winfrey emphasized that she didn't intend to tarnish an entire country's reputation.

She added that the apology she received last week from Switzerland's tourism office wasn't necessary. "It's not an indictment against the country or even that store," she noted. "It was just one person who didn't want to offer me the opportunity to see the bag. So no apologies necessary from the country of Switzerland. If somebody makes a mistake in the United States do we apologize in front of the whole country? No!"

The store's clerk, identified as "Adriana N.," denied that she was racially motivated when she refused to let Winfrey look at the bag, calling Winfrey's assertion "absolutely not true" and "absurd."

"I'm Italian," the clerk told the Swiss newspaper SonntagsBlick. "Why should I discriminate against someone because of his origin? That makes no sense!"