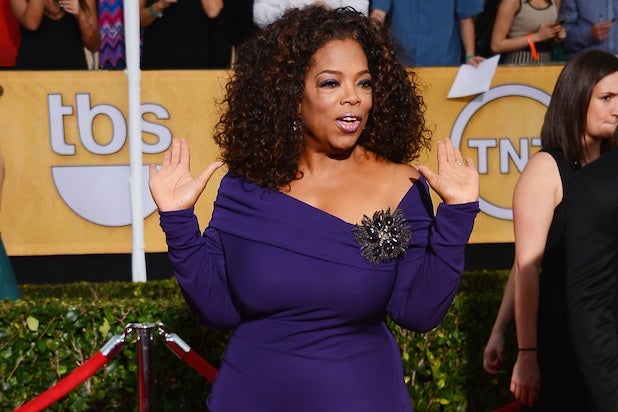 Fifty came with a televised bash, celebrity friends and a black-tie dinner, but Oprah Winfrey will have a low-key 60th birthday at home in California on Wednesday.

The billionaire media entrepreneur will have a “quiet dinner” in the seaside town of Montecito, 90 miles northwest of Los Angeles, says a source familiar with her plans.

Winfrey had previously said she would have “the biggest blowout party I can dream of,” but scaled back the affair after the guest list grew too large, the source said.

Instead, last week she and her friends in West Hollywood attended a birthday SoulCycle spin class, an indoor stationary cycling exercise with motivational coaching. Winfrey posted a video online after the class with a group of people wearing navy blue T-shirts with “Happy Birthday Oprah” on the front.

A self-made woman, she rose from poverty as an African American born to a teenage mother in rural Mississippi to become one of the world’s most powerful celebrities, with an estimated net worth of $2.9 billion, according to Forbes magazine.

She runs her own cable TV channel, the Oprah Winfrey Network, in partnership with Discovery Communications Inc.

Winfrey’s popular daytime talk show ended in 2011, and her trademark interviews were a must for public figures looking to remake their images.

She told CBS television’s “This Morning” program last October: “The 6-0 number, I’ve always said to people to own it. Even I, who has said to women all these years, own it, own it, own it, took a pause for that.”

Her 50th birthday party in 2004 on her “Oprah Winfrey Show” featured actor John Travolta, comedian Jay Leno and singers Tina Turner and Stevie Wonder, who all surprised her on set. She followed up with a high-profile luncheon and black-tie dinner.