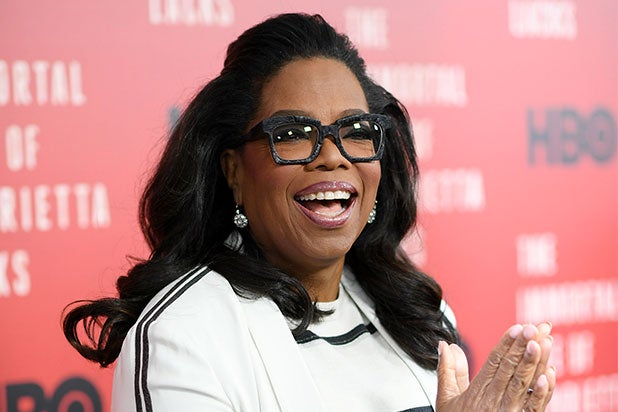 Media titan Winfrey hit up her Instagram account Thursday to warn her fans that an imposter has been trolling for dollars by masquerading as her on social media.

“Hi everybody! i just wanted to let you know that somebody out there is trying to scam you using my name and my avatar on social media, asking for money if you sign up for an OWN account on Instagram,” Winfrey warned her 11.3 million Instagram followers, softening the news by delivering it in front of her very festive Christmas tree.

Also Read: No, Oprah Is 'Not Running' for President In 2020 (Exclusive)

“It’s a fraud, it’s a fraud, it’s a FRAUUUUD!” Winfrey continued, momentarily breaking into song. “Don’t believe it, don’t give up any of your bank accounts or personal information to anybody posing as me or anyone else for that matter. And, have a Merry Christmas!”

Winfrey isn’t the only famous person to have her likeness jacked for unseemly purposes recently. Earlier this month, actor Chris Pratt warned fans that someone was impersonating him on Facebook and “apparently hitting on a lot of different female fans.”

Pratt alerted fans on his own — verified — social media channels. “PERVY DUDE ALERT!!! (Not a joke),” Pratt said. “It’s confirmed: somebody is trying to pretend to be me on Facebook (and maybe other social media platforms) apparently hitting on a lot of different female fans, trying to get their numbers and who knows what else. I’m not joking.”

Watch Winfrey send up a warning signal in the video.