Ava DuVernay’s “A Wrinkle in Time” is one of the most-anticipated, big-budget family entertainments in the coming years, but until the movie hits screens next year, our eyes can feast on a dazzling first-look image of Oprah Winfrey.

According to Entertainment Weekly, which obtained the image exclusively, Winfrey plays Mrs. Which in the sci-fi saga, which follows a young girl named Meg (Storm Reid) who must travel through the cosmos to find her father who mysteriously disappeared. Mrs. Which is one of the three celestial beings helping Meg.

“I mean, when you’re trying to cast the wisest woman in the world, what’s the question? You go and you call her and you’re glad that you have her number on speed dial,” DuVernay told EW.

Also Read: Ava DuVernay on Pitching 'A Wrinkle in Time': 'I Was Able to Walk in There Like a White Man Does'

The director, whose credits include “Selma” and “13th,” is taking the opportunity to push the film past traditional limits.

“My whole process with this film was, what if? With these women, I wondered, could we make them women of different ages, body types, races?” she said. “Could we bring in culture, bring in history in their costumes? And in the women themselves, could we just reflect a fuller breadth of femininity?”

See the first-look photo of Winfrey below. 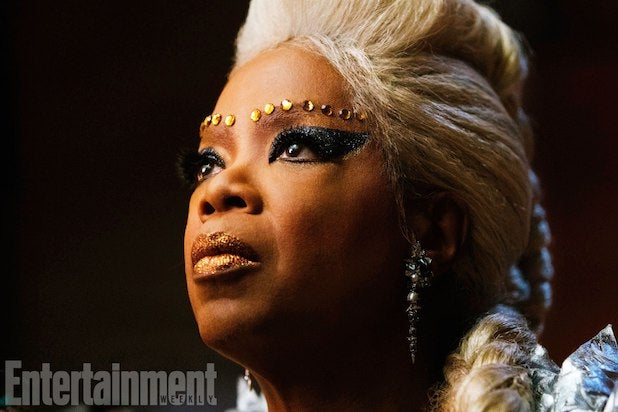