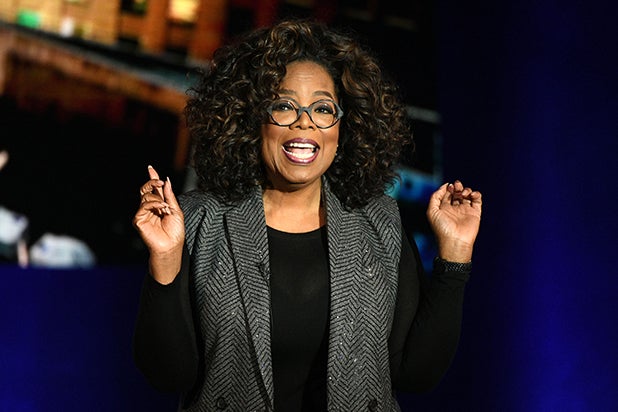 Oprah Winfrey said she is no longer working as a contributor to “60 Minutes,” saying the legendary news magazine wasn’t a good fit for her.

“It was not the best format for me,” Winfrey told The Hollywood Reporter in a profile for the latest issue of their magazine.

“How should I say this? Never a good thing when I have to practice saying my name and have to be told that I have too much emotion in my name,” she continued. “I think I did seven takes on just my name because it was ‘too emotional.’ I go, ‘Is there too much emotion in the Oprah part or the Winfrey part?’ I was working on pulling myself down and flattening out my personality, which, for me, is actually not such a good thing.”

Reps for “60 Minutes” did not immediately respond to request for comment from TheWrap.

Winfrey was named a “special contributor” to “60 Minutes” to much fanfare in January 2017.

“There is only one Oprah Winfrey,” said then-“60 Minutes” executive producer Jeff Fager in a press release at the time. “She has achieved excellence in everything she has touched. Her body of work is extraordinary, including thousands of interviews with people from all walks of life. She is a remarkable and talented woman with a level of integrity that sets her apart and makes her a perfect fit for ’60 Minutes.’ I am thrilled that she will be bringing her unique and powerful voice to our broadcast.”

Winfrey herself had been exuberant about the collaboration.

“I’m so excited and proud to join forces with this historic news program, which for me represents the bastion of journalistic storytelling,” she said in the same release.

Oprah formally stepped away from the program in October 2018 to help stump for Georgia gubernatorial candidate Stacey Abrams, who went on to ultimately lose a close race to her Republican challenger Brian Kemp. Winfrey’s relationship with the network had been in limbo until now.