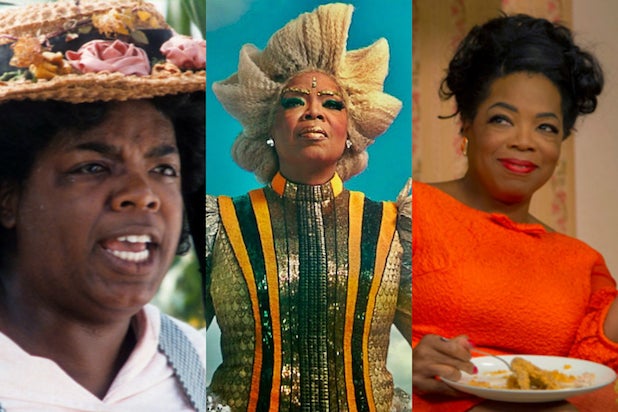 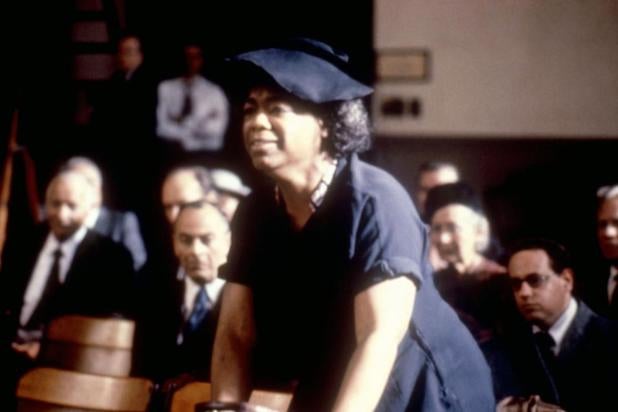 Cinecom Pictures
7. "Native Son" (1986) In this forgettable adaptation of an otherwise powerful novel by Richard Wright, Winfrey plays the mother to Bigger Thomas. She goes from stern and strong-willed as she urges her son to find work to warm and desperate once she's pleading for her son's life. This is an early performance for Winfrey, and she'd find more presence in better projects later. 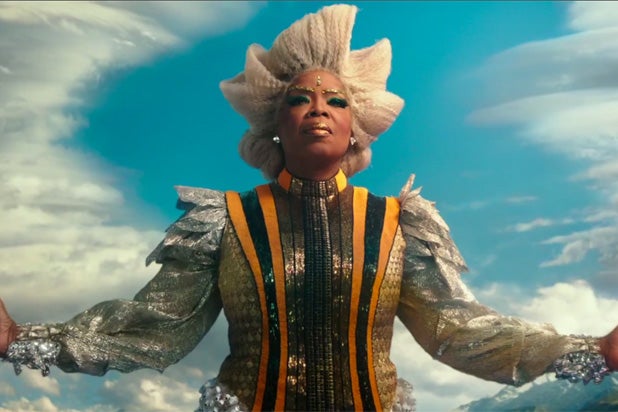 Walt Disney Pictures
6. "A Wrinkle in Time" (2018) Winfrey never plays herself in the movies. And yet in Disney's "A Wrinkle in Time," she's literally larger than life, appearing as a giant in the sky dressed in chain mail and a massive blonde pillow of hair spewing Oprah-isms. But Ava DuVernay doesn't cast her to play a charismatic goddess. Instead, she's there to do what Oprah does best. She brings hope, spirit and positivity to the film, and when she's talking to the film's main character, she has a gift of sounding as though she's talking directly to you. 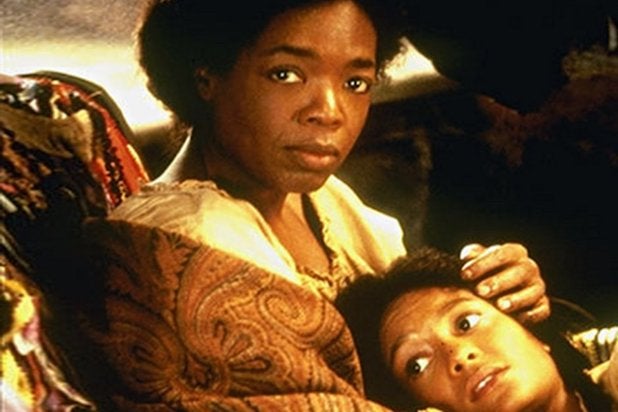 Buena Vista Pictures
5. "Beloved" (1998) Winfrey gave her all for the adaptation of Toni Morrison's "Beloved," showing sadness and anger in equal measure on screen. She even went method and simulated the experience of being a slave in preparation. But the film was a sprawling and overlong epic as handled by Jonathan Demme, and the its failure at the box office sent Winfrey into a "depression." 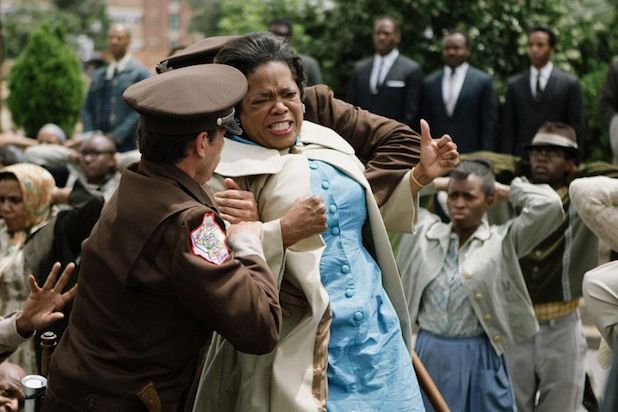 Paramount Pictures
4. "Selma" (2014) Winfrey plays a small but significant role in Ava DuVernay's civil rights drama "Selma." In a powerful scene that isn't tantamount to the plot but is crucial to the movie's punishing fight for justice, Winfrey attempts to register to vote in Alabama and comes face to face with a ruthless clerk trying to find any reason to deny her the right to vote. She quietly and just barely holds her head up to recite the Preamble of the Constitution and prove her civil knowledge. But it's devastating to see someone even like Winfrey humbled by pervasive racism. 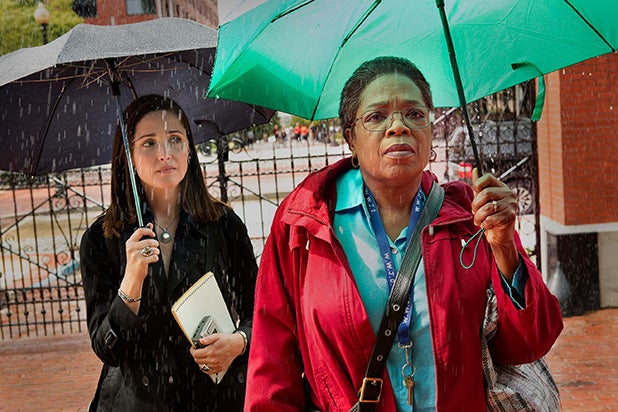 HBO
3. "The Immortal Life of Henrietta Lacks" (2017) In this HBO movie, Winfrey plays a woman searching for a mother she never knew. Henrietta Lacks was the unwitting donor of a tissue sample that was eventually used as a cure for polio and countless other medical advances. But after years of lies and cover ups from the medical community, the Lacks family has grown untrusting and paranoid. Winfrey plays Henrietta Lacks' daughter as unpredictable and volatile, and her performance anchors a movie about how an African-American woman battling her own paranoia comes to terms with her heritage and family's legacy. 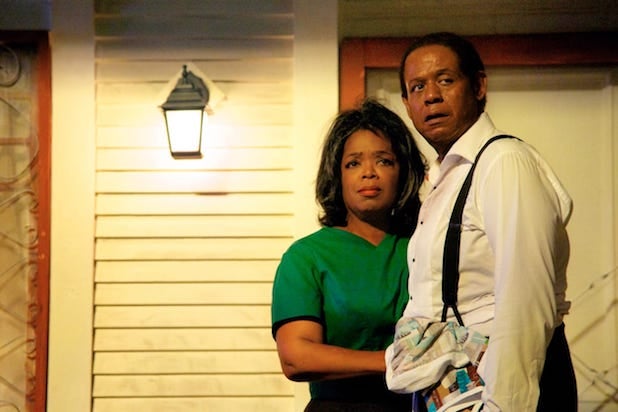 TWC
2. "Lee Daniels' The Butler" (2013) In "The Butler," Winfrey walks a fine line between sweet and motherly -- and even unlikable. She's cheating on her upstanding husband and struggles with drink, but she's still a sage figure in this family's household. She has an incredible scene as she's talking about Sidney Poitier, playing polite until her son insults the dignity of his own father. It's the type of performance where Winfrey is convincing enough playing nice that you're surprised when she reveals she's not a pushover. 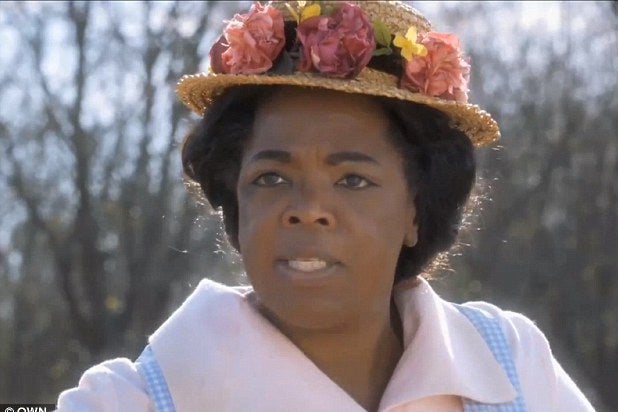 Warner Bros.
1. "The Color Purple" (1985) In what is her finest work by a mile, Steven Spielberg got a hold of Winfrey just before she was "Oprah." She's introduced as a "big girl", and on screen she's a loud and proud woman with vitality, charisma and fearless confidence. Looking at her, you know she'll be a star, but she's so boisterous and defiant, you'd hardly expect her to become the warmest, most understanding media personality of the next 30 years. Her early line about fighting her whole life earned her an Oscar nomination, but I feel more sorry for the woman who slapped Oprah in the film and lived to tell the tale.
x
Looks like you're enjoying reading