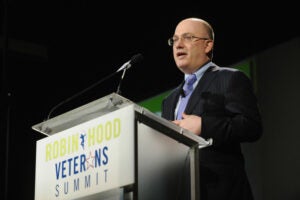 Oracle, the technology giant led by Larry Ellison, has taken the lead position to acquire the Chinese-owned social app TikTok for a proposed deal of $20 billion in cash and stock, TheWrap has learned.

The proposed deal would comprise $10 billion in cash, $10 billion in Oracle stock and 50% of annual TikTok profit to flow back to TikTok’s China-based parent company, ByteDance, for two years, according to one individual with knowledge of the deal.

Update: On Thursday, Walmart announced that it had joined forces with Microsoft to bid for TikTok’s operations in the U.S., Canada, Australia and New Zealand. The terms of that deal have not been disclosed but the retail giant is interested in the e-commerce aspect of the social app.

In a nod to an impending change, TikTok’s CEO of four months, Kevin Mayer, resigned on Wednesday night after just four months in the role, saying: “As we expect to reach a resolution very soon, it is with a heavy heart that I wanted to let you all know that I have decided to leave the company.”

Reps for TikTok and Oracle declined to comment for this story.

But the proposed deal is being complicated by a split between ByteDance CEO Zhang Yiming and General Atlantic and Sequoia Capital, two U.S.-based ByteDance investors with long ties to the Trump administration and Republican causes who both would like to see the sale happen. They approached Ellison to buy TikTok and have reached out to the White House to close the deal, according to two individuals with knowledge of the matter.

However, Zhang has been resisting any sale, the two individuals said, and did not inform his investors before suing the White House on Monday to block any sale.

Furthermore, tension has erupted between Trump economic adviser Peter Navarro, who has advocated for shutting down TikTok completely over security concerns, and Treasury Secretary Steven Mnuchin, who seeks to find a U.S. company to buy the app’s domestic operations. “Mnuchin likes the Oracle deal,” one of the insiders said on Wednesday ahead of fast-moving developments on Thursday.

The venture and private equity funds declined to comment. Spokespeople for the Treasury Department and White House did not respond to requests for comment.

Microsoft, the other leading bidder, is also competing heavily for a deal, according to three individuals with knowledge of the conversations. Microsoft was initially interested in acquiring a major stake in ByteDance, which owns the underlying technology driving the phenomenal growth of the popular social app, the three insiders said. The tech giant is now focused, like Oracle, on acquiring TikTok’s operations in the U.S., Canada, Australia and New Zealand.

But ByteDance, which is under significant pressure to sell itself after President Trump announced in mid-August that the company had to do so within 90 days to continue operating in the United States because of security concerns, is not inclined to sell any portion of its technology, two individuals said.

Also Read: Trump Orders TikTok Must Be Sold Within 90 Days

Mayer was sidelined during these negotiations, the individuals said. One person familiar with the negotations said that the former deal-maker at Disney who oversaw the launch of the Disney+ streaming service last year who joined TikTok in May, did speak to one of the top executives at one potential buyer, although they did not specify which company.

For its part, Microsoft wrote on a blog in early August that it would be potentially interested in acquiring TikTok operations in the United States, Canada, Australia and New Zealand. Zhang was initially comfortable negotiating with Microsoft since he briefly worked for the company in 2008.

Given its global reach, TikTok is currently believed to be valued at $100 billion — about three times bigger than publicly traded social-media companies like Twitter or Snap. The company reported revenue of $17 billion last year and currently boasts 800 million active users worldwide.

Also Read: TikTok Star Sarah Cooper to Develop CBS Comedy Based on Her Book 'How to Be Successful Without Hurting Men's Feelings'

Doug Leone, one of Sequoia’s partners, is a major donor to Trump’s reelection campaign and the Republican Party, according to Federal Election Commission records. He and Bill Ford, chief executive of General Atlantic, have been working with the White House as the clock ticks toward Trump’s looming deadline.

ByteDance has raised a stunning $7.45 billion since 2012. General Atlantic invested in ByteDance twice, first as part of the company’s $2 billion fund raise in December 2017 and again in October 2018 for $3 billion, according to Pitchbook.com.

The app was initially launched as Douyin in September 2016, in China. The following year, ByteDance launched the app in markets outside China. TikTok and Douyin both use the same software, but maintain separate networks to comply with Chinese censorship restrictions.

This story has been updated to include new details about Walmart joining Microsoft’s bid for TikTok’s operations in the U.S. and three other countries.