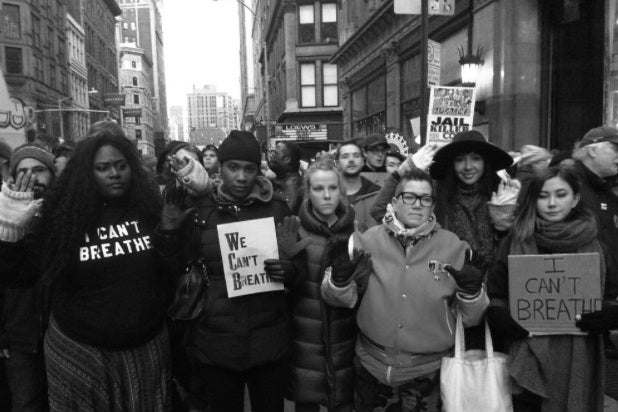 “Orange Is the New Black” castmates joined tens of thousands protestors Saturday in New York City for what became known as the #MillionMarchNYC, protesting violence and perceived injustices in the cases of Michael Brown and Eric Garner.

Vicky Jeudy, who plays Janae Watson on “OITNB,” tweeted out this photo with her and her castmates, Danielle Brooks, Lea DeLaria, and Emma Myles.

Other protests happened across the country in Washington, Boston, Chicago and Oakland. Those figures pivotal to the latest controversial cases included Lesley McSpadden; the mother of Michael Brown;  Sybrina Fulton;  the mother of Trayvon Martin; Samaria Rice;  the mother of Tamir Rice, and Esaw Garner, the widow of Eric Garner.