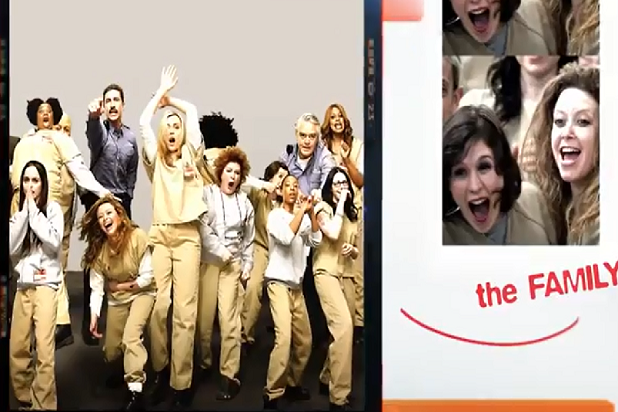 With “Orange Is the New Black” gearing up to premiere its second season on Friday, Netflix has released a promo that will probably ring a bit familiar to fans of another Netflix series.

The promo casts “Orange Is the New Black” in the mold of the the opening credits for “Arrested Development” — which Netflix revived for a fourth season to great fanfare last year.

For added authenticity, the promo even employs the voiceover narration of Ron Howard, whose mellifluous voice wrapped itself around the opening credits of “Arrested Development” like a warm blanket.

Watch the “OITNB”/”Arrested Development” mashup below.