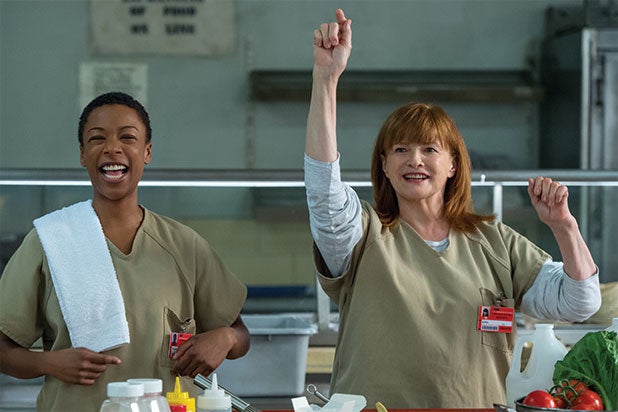 “Orange Is the New Black” is apparently a ratings powerhouse.

Although Netflix won’t release official numbers for the show, Nielsen has released data measuring viewership for streaming series for the first time.

According to their measurements, the Season 4 premiere scored 6.7 million viewers over its premiere weekend. The second episode got 5.9 million, per the Wall Street Journal. The numbers are based off data gleaned from audio fingerprint technology used in the 40,000 homes Nielsen uses to measure viewership.

In addition, their findings discovered that 44 percent of “Better Call Saul’s” audience on the streaming service fell into the adults 18-34 demographic, compared to 24 percent when the show airs on AMC. On Hulu, Nielsen said that episodes of “Seinfeld” reached 706,000 viewers in the first five days they were available.

Netflix has long refused to release their viewership numbers, as they do not rely on the ad model that traditional TV uses. But if Nielsen’s streaming numbers gain traction, they could factor into negotiations between Netflix and content creators in the future.

Several other firms have claimed to have cracked the Netflix ratings secret over the past few years. Back in January, San Francisco measurement company Symphony Advanced Media said they had the numbers, but Netflix chief content officer Ted Sarandos called their data “remarkably inaccurate.”

To be fair though, Symphony CEO Charles Buchwalter did tout the impressive numbers of “Orange Is the New Black.”

“Here’s what I would say: When it comes to streaming originals, ‘Orange Is the New Black’ is in a class by itself,” he told TheWrap in January. “I would not go as far to say that in terms of all TV it is at the top of the list, by any stretch of the imagination.”