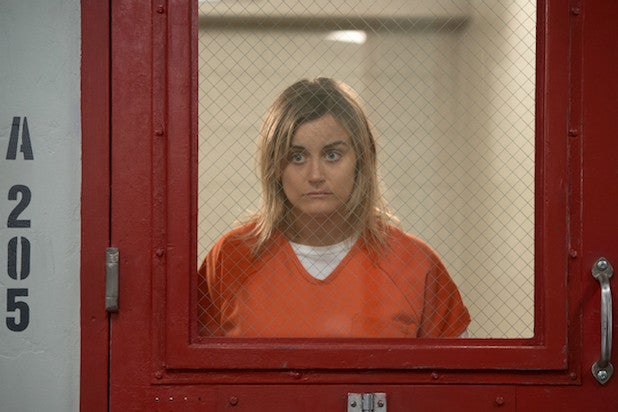 Lionsgate’s “Orange Is the New Black,” which streams on Netflix, will end with Season 7 in 2019.

Season 6 dropped in its entirety on June 27.

“After seven seasons, it’s time to be released from prison,” said series creator Jenji Kohan. “I will miss all the badass ladies of Litchfield and the incredible crew we’ve worked with.  My heart is orange but fade to black.”

Also Read: Why This 'Orange Is the New Black' Star is 'Most Dangerous' Celeb to Search for Online

Here is an announcement video with “OITNB” cast members thanking the fans:

Warning: This may make you cry. The Final Season, 2019. #OITNB pic.twitter.com/bUp2yY0aoK

“During production of Season 1, everyone involved with ‘Orange Is The New Black’ felt like we knew a special secret we couldn’t wait to share with the world.  Since then, we have laughed, cried, raged, and roared with the women of Litchfield, and every moment spent with them felt like borrowed time — too good to last forever,” said Cindy Holland, Netflix’s VP of original content. “We will be sad to say goodbye but we will definitely be going out on a high. We are grateful to Jenji Kohan and her groundbreaking vision; to her supremely talented team of writers and producers; and to a once-in-a-lifetime cast and crew for creating a truly special work of art that has inspired conversations and connected audiences around the world.”

“Orange is the New Black” first premiered in 2013 and was part of Netflix’s first batch of original programming — it’s third, to be specific, after “House of Cards” and Eli Roth’s “Hemlock Grove.” When it wraps with its seventh season next year, it will hold the title of Netflix’s long-running original series, with “House of Cards” set to premiere its sixth and final season next month.

“‘Orange is the New Black’ has profoundly impacted popular culture worldwide, and has played a prominent role in building Lionsgate into a platform-defining brand,” said Lionsgate Television Group chairman Kevin Beggs. “Thanks to the brilliance of Jenji Kohan, the mastery of the creative and production team, the transcendent cast, and our tremendous partnership with Netflix, the series has surpassed our expectations year after year. With great pride, we are working together to bring this landmark series to a triumphant, satisfying close with the upcoming seventh season.”