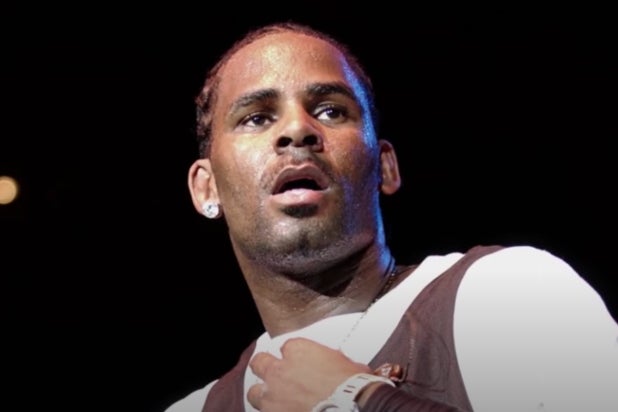 The original editors of Lifetime’s now-famous January 2019 docuseries “Surviving R. Kelly” walked out over creative disagreements on how best to portray sexual assault survivors, according to a bombshell report published Wednesday morning by The Hollywood Reporter.

Though these events took place in 2018 during post-production on the docuseries, the story recently came to light when Peggy Tachdjian, a TV editor who used to work at production company Bunim/Murray and witnessed the events take place, wrote an Instagram post in June in support of the editors along with an image that said, “Let’s talk about performative allyship.”

“In 2018 @bunimmurray was making a show called Surviving R. Kelly. I saw them take the step to hire 5 POC (4 Black, 1 Latinx) editors for this project that we all knew would have deep impact for the African American community,” Tachdjian wrote.

She said that at the time, she had applauded the company for hiring an editing team comprised of people of color. But despite those editors’ efforts to pour over hours of videos involving Kelly’s sexual abuse of victims, “It soon became clear that the people in charge of this show didn’t want to tell the story in a way that would empower the women who had agreed to be filmed.”

“I saw the editors reject the feedback, expressing their discomfort with changing the narrative of what happened. The response was basically these are the notes, do your job,” she continued. “The editors were not being heard and after some deliberation they left the show as a united front.”

The team of editors, which included five people of color — Daysha Broadway, Stephanie Filo, Bradinn French, Michael Griffin and Stephanie Lyra —  are all under non-disclosure agreements with production company Bunim/Murray, though some gave limited accounts in interviews and in social media posts.

The problems first started to arise after the editors handed in their first internal cut of the show. Joel Karsberg, a “Surviving R. Kelly” executive producer and CEO of Kreativ Inc. identified by THR as white and Swedish, came back to them with notes asking for several changes, including to spend more time focusing on Kelly’s rise to stardom by adding more imagery of him between the survivors’ stories in order to keep audience attention, and to incorporate elements typical of a true-crime series.

Karsberg did not immediately respond to TheWrap’s request for comment.

The editors resisted these changes due to their belief that the show would center too much on Kelly, the alleged abuser, rather than on telling the stories of the survivors. They also believed that the true-crime elements were sensationalizing and would be insensitive to the survivors and the Black community. Bunim/Murray disputed that point, saying that those elements were not meant to resemble true-crime, but instead to “expose Kelly.”

Despite the team’s desire to meet with Karsberg directly to discuss the notes, meetings were held instead with the show’s supervising story producer, Lauren Feldman, and Trevor Carlee, a co-executive producer, both of whom are described by THR as white. (Bunim/Murray said on behalf of Karsberg that the move was part of “industry standard work-flow”).

Soon after, four of the five editors along with assistant story editor Edith Diaz-Mendez resigned from the project and asked that their names be left out of the credits, assuming that their work would not be used in the final product. The next week, the last editor, Griffin, also resigned, along with Carlee. Feldman was let go a week later.

Days after the first four editors left, Bunim/Murray CEO Gil Goldschein met with them, Feldman and Carlee to discuss their concerns. Lifetime’s senior vice president of unscripted development and programming Brie Miranda Bryant also later met with them. Bryant told THR that she had approved of the notes Karsberg originally gave to the editors, and that therefore they included a Black American perspective. The editors maintained that they were not aware that Bryant’s voice was included in the notes.

“‘Surviving R. Kelly’ has always been about the survivors. Every great project has a variety of creative input and equally, a variety of creative differences and points of view, but ultimately, ‘Surviving R. Kelly’ never wavered from our commitment to these women. The contribution of so many people made this documentary possible, and together, we were able to make a significant impact to our culture.”

“Our intent and priority was always to give a voice to the women who were victimized by R. Kelly. Lifetime was the perfect partner, with their long history of public affairs support for issues of importance to the women who make up their audience.  From the start, our goal was to enlist a diverse group, both in front of and behind the camera to ensure the best and most accurate retelling of these women’s stories. This was a complex production and so many people are responsible for what finally made it to air. The ultimate validation was the role the series played in encouraging many to speak out about their personal abuse and elevating sexual violence against women as a critical issue.”

When the editors saw the finished product, they realized that despite the disputes, a lot of their original work had been kept, and the narrative of the story did focus on the survivors as they had wished. They later asked to have their names reinstated to the credits, to which Bunim/Murray agreed.

Also Read: 'Surviving R. Kelly' Director Dream Hampton Says Dave Chappelle Misquoted Her When He Accused Her of Misquoting Him

The show also recently won a Peabody Award, which did not initially include the names of the five. According to THR, their names were later reinstated to the Peabody Awards website after the outlet made inquiries.

Executive producer dream hampton could not be reached for comment Wednesday, but told THR that she wants to hire the editors for an upcoming project of hers.

“The worst part about thinking about these larger issues, like sidelining Black editors on a project this sensitive, is that it’s doubtful the people who need to will take an honest look at this,” she told THR. “Instead, they focus on personality ‘problems’ and hierarchical protocols rather than the real issues. People will rush to defend themselves and change the optics rather than the way they work and do business.”

Tamra Simmons, creator and executive producer, could not be reached by TheWrap Wednesday, but told THR that she believed the editors’ walkout was “premature.”

“I believe that [the survivors] were always going to be able to tell their story,” she said. “Now everyone has their interpretation of how the story should be told, and that’s what you do in production — you work together as a team to come together to be able to do that.”

Griffin, Lyra and French did not immediately respond to TheWrap’s request for comment Wednesday, but Broadway and Filo both provided the following statements to TheWrap:

“They’ve all had so many opportunities to make this right and it’s sad that this is the route they continue to take,” said Broadway. “I’d never want to take away anything the editors that followed worked very hard on. And I’m very happy with the end result of the documentary. I do however think that BMP had been very comfortable having 2 or 3 black editors on staff over decades and that has simply got to change.” (Bunim/Murray said that since 2008, the company has hired close to 3,000 employees who have declared themselves Black or POC).

“Our team spent over 2 months of our lives working towards bringing justice to R Kelly survivors. That is literally the only thing that we cared about from the beginning until this very moment – giving his survivors time and respect, as black women who have been ignored for so long, that deserved to be heard,” Filo said. “The thing that has been missed across the board is nuance. When dealing with race-specific topics there is so much nuance and sensitivity that is needed on shows like this. Why is the response to what happened to the original team to gaslight those involved and just pretend their experiences weren’t valid? Why was the entire 15-person editing team on Surviving R Kelly Season 2 white except for 1 person? Why is the onus somehow on us, the people who have tried to forget this experience, to prove that it happened?”

In its annual calculation of Hollywood's top earning stars, Forbes looked at the earnings between June 1, 2019, and June 1, 2020.