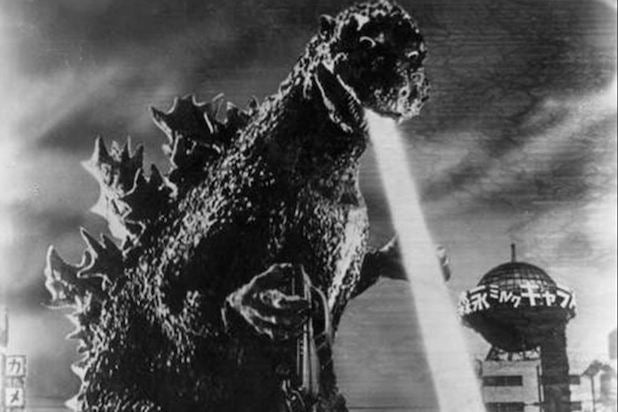 Before the expensive new CGI-driven reboot rises into theaters, American audiences will get a rare chance to see the Godzilla movie that started it all.

A dark metaphor for a nuclear bomb-scarred country — the US had bombed Hiroshima and Nagasaki less than a decade prior —  the Ishirô Honda-film was significantly altered for American viewers. Jewell Enterprises bought the distribution rights and lopped off 40 minutes from the original, added in the actor Raymond Burr as a journalist named Steve Martin, and made the film an altogether campy experience.

Now, Rialto Pictures is releasing in American theaters a new restoration of the 1954 film “Godzilla,” as it was seen by Japanese moviegoers 60 years ago. The Toho cut will play at the TCM Classic Film Festival on April 12, before beginning a run at New York’s Film Forum the next week and rolling out to cities throughout the country. Its practical effects — with miniature cities and other classic devices of the bygone era — will be seen more in greater detail thanks to the restored cut.

The original version first played in American theaters in 2004, and has since been released on DVD.

“Godzilla” spawned a huge number of sequels and spinoffs for parent company Toho Studios, and many of the early ones were directed by its original filmmaker, Ishirô Honda. The newest update, produced by Legendary Pictures and Warner Bros., is directed by Gareth Edwards and stars Bryan Cranston, Elizabeth Olsen, and Aaron Taylor-Wood, and will come out on May 16. This follows the disastrous 1998 American reboot that starred Matthew Broderick.