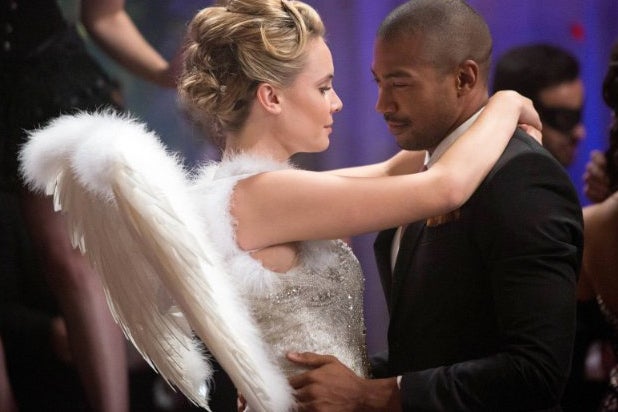 It sounds like there is much family upheaval on the upcoming second season of The CW’s “The Originals.” Why should things change for Season 2?

“I think we talked a lot about the sins of the past coming to haunt us in the present,” Narducci said of the season’s theme.

He went on to say that the season would have a “dark, warped fairy tale component to it.”

“This is the season where our heroes are dealing with the return of their monstrous parents and what that means to them,” he continued.

What should we expect for each character next season?

Klaus (Morgan): “He’s locked himself away in the compound,” Morgan said of where we find him when the show returns. “He’s like a caged animal waiting to make his move.”

Morgan goes on to say that his character is trying to control his emotions, But he’s failing. “He wants violent, bloody, merciless revenge,” he said.

Marcel (Davis): He’s working on controlling his emotions, as well. “I hope the characters can get back to a point where they’re working together as a team again,” Charles Michael Davis said of his character and Joseph.

Hayley (Tonkin): Made hybrid during the birth of her daughter, Phoebe looks back to Marcel for guidance on how to handle her current stage. As for the romantic storyline between her and Elijah, Gilles said Elijah will give her some distance.

Camille (Pipes): Hm. Well, Cami. After all that she’s gone through, Cami is on vervain so that she can’t be hypnotized and facing reality. “I’m excited to see her be more comfortable in her environment, or just aware of her environment,” Pipes said.

Davina (Campbell): She’s back and stronger. “She’s not really taking it from everyone now. She’s dishing it out now,” Campbell said. Plus, Daniel Sherman returns next season as a powerful witch who Davina has some feelings for.

Rebekah (Claire Holt): She will return to the show within the first three episodes. The producers really want to see Klaus hold his baby again, but they’re going to have to work back to that.

And the old Klaus-Caroline (Candice Accola) question: Julie Plec is well versed at answering this question. She runs down a check list of things that have to work out for a crossover episode between “The Originals” and parent show “The Vampire Diaries” to happen. “We have to wait for an organic opportunity to bring these two together,” she said. She did admit to there being “unfinished business” between the two. Nicely played, Plec.

The network also released a first look trailer for the upcoming Season 2, narrated as a fairy tale by Holt: