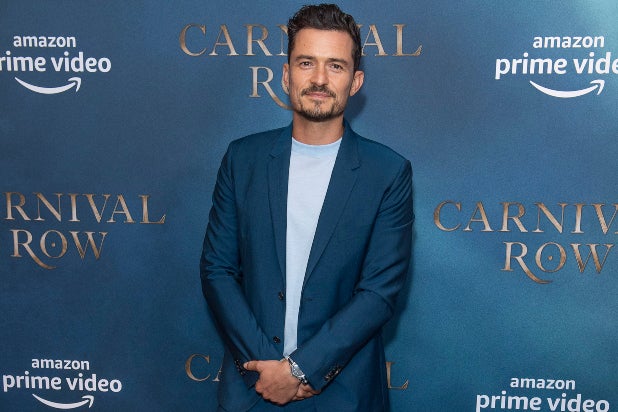 Orlando Bloom is staying with Amazon, signing a first-look deal with the studio.

Bloom, who stars on Amazon’s fantasy drama “Carnival Row,” will develop both film and TV projects for the studio. “I have thoroughly enjoyed collaborating with Jen Salke and the team at Amazon and I look forward to growing that relationship with this new and exciting production deal,” the British actor said in a statement Thursday morning.

“Daredevil” alum Erik Oleson is taking over the reins of the fantasy series from Season 1 showrunner Marc Guggenheim. Guggenheim will remain on board as an executive producer for Season 2, but co-creator Travis Beacham is exiting the show entirely.

“Carnival Row,” which debuted back in August, is a period fantasy drama starring Bloom and Cara Delevingne in a world where humans and mythical creatures co-exist. It was picked up for a second season at the streaming service earlier this summer, about a month before the series premiere. The series was based on Beacham’s “A Killing on Carnival Row” script, which appeared on the very first installment of the Hollywood Blacklist in 2005. Beacham is said to be exiting the project due to creative differences.

Bloom is most widely known for his role as Legolas on the “Lord of the Rings” film franchise, for which Amazon is developing a TV spinoff. That project is already well underway, with a two-season pickup and a creative team in place, so Bloom isn’t expected to have any involvement in that.

Bloom is represented by Lighthouse Management + Media and ICM.