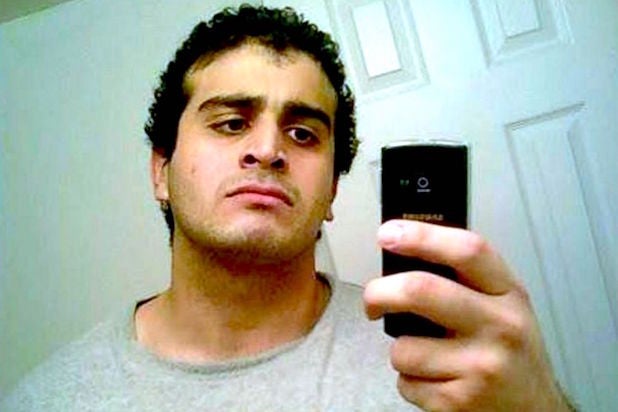 Many have speculated about both the motive and sexual identity of Orlando shooter Omar Mateen.

If Mateen did in fact frequent crime scene Pulse nightclub and used same-sex dating apps to pick up men, does that mean he was gay? Did self-hatred push him to commit the worst mass-shooting in American history?

“Not every social problem has a psychiatric diagnosis to explain it,” Dr. Jack Drescher, a psychiatrist who’s done extensive research on sexual orientation and gender identity, told TheWrap. “Unless you’ve talked to the shooter, you simply can’t know what was going on in his mind. Anything else is just a guess.”

On Monday, The Palm Beach Post quoted one of Mateen’s former classmate saying the shooter had once asked him out on a date. Some in Orlando’s gay community said Mateen had previously visited Pulse on numerous occasions over the last three years, while others told reporters that Mateen had chatted with them on a Tinder-like gay dating app. (The CEO of the app told USA Today that the site hasn’t been able to verify that Mateen was ever a member.)

“I don’t think any of this automatically means he’s gay,” Matthew Dempsey, a psychotherapist from West Hollywood who specializes in gay men’s issues, told TheWrap. “There is no way of making that determination.”

Some psychoanalysts have theorized that homophobia — described as the fear, anxiety, anger, discomfort and aversion that some ostensibly heterosexual people hold for gay individuals — is the result of repressed homosexual urges. But there are no statistics on the matter.

The study found that “homophobic men showed a significant increase in penile circumference to the male homosexual video,” while non-homophobic men did not. In fact, only 20 percent of those who scored high on the homophobic scale did not experience sexual arousal.

While experts note that this is a small study that has yet to be replicated, they also acknowledge that there is a possibility that Mateen turned his internalized homophobia outward.

“In general, if anyone is having that extreme homophobic outrage, there is bound to be something deeper tied to it,” Dempsey said, adding that the thought that Mateen might be gay had crossed his mind even before Monday’s reports. “Anytime a homophobic crime happens, it’s usually the first thing you think of.”

But just because something looks a certain way, it doesn’t necessarily make it so.

“I’ve known some men who are primarily heterosexual but have obsessive anxiety that they might be homosexual. Some people call it ‘homosexual OCD,'” Drescher said. “But they are not gay. A lot of things could be going on.”

Experts say there is plenty of anecdotal evidence that suggests homophobia can, at times, stem from repressed homosexual urges.

“The way we know it happens sometimes is that there are a lot of memoirs of people who’ve been bullied for being effeminate and then when they’re older they’ll go to a gay bar and bump into their childhood bully,” Drescher said.

On Monday, a bisexual man was convicted of murdering a gay man he taunted. During the sentencing, the judge talked about the Orlando shooting, saying, “That parallel is revealed in hate, self-loathing, fear and death.”

Experts also point to another concrete example of what could be classified as self-hating homophobia: Anti-gay politicians caught engaging in gay sex.

In 2006, Florida Republican Congressman Mark Foley was forced to resign after he allegedly sent sexually suggestive instant messages and emails to teenage boys serving as congressional pages. Later that year, Evangelical pastor Ted Haggard became embroiled in a scandal after a male prostitute claimed Haggard hired him for sex. And in 2007 Idaho Republican Sen. Larry Craig was arrested for lewd conduct in a men’s restroom at the Minneapolis-St. Paul International Airport.

But experts caution that even if Mateen experienced homosexual tendencies, that didn’t necessarily make him gay.

“You can have a non-homosexual identity and still have homosexual feelings,” said Drescher, who is himself gay. “He could be a 1 on the Kinsey scale, with zero being exclusively heterosexual and 6 being exclusively homosexual. We as a gay community do not accept him as having a gay identity. He’s not one of us.”

On Tuesday, GLAAD, the country’s biggest LGBT media watchdog issued a statement: “Whether the gunman’s homophobia spurred from hatred of others or hatred of himself, this is homophobia all the same. And it’s sadly just the latest example of homophobia turning to horrific violence, just as it has for decades.”

Whether or not Mateen identified as gay is not the issue, said Dempsey: “It’s still 100 percent a hate crime.”