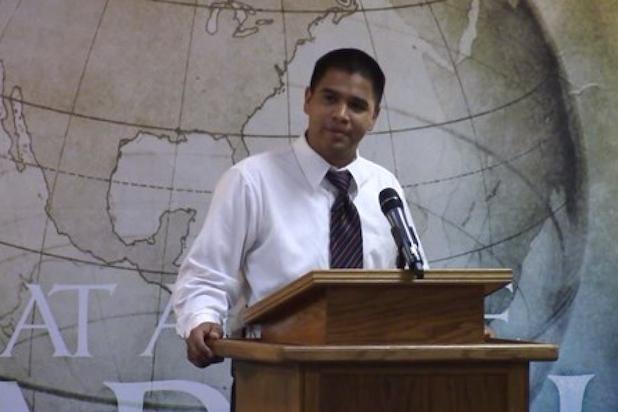 A homophobic pastor in Sacramento praised the Orlando terror attack that killed 49 people, saying during a sermon, “They deserve what they got.”

Pastor Roger Jimenez’s sermon from Verity Baptist Church was posted to YouTube the day after the tragedy, as first reported by KHOU in Houston. The video has since been removed. In the video, he told his congregation that the gay victims of the deadliest mass shooting in U.S. history are pedophiles.

“Are you sad that 50 pedophiles were killed today?” asked Jimenez. “Um, no, I think that’s great. I think that helps society. I think Orlando, Florida, is a little safer tonight. The tragedy is that more of them didn’t die. The tragedy is I’m kind of upset he didn’t finish the job, because these people are predators. They are abusers.”

“I wish the government would round them all up, put them up against a firing wall, put the firing squad in front of them and blow their brains out,” Jimenez said.

Omar Saddiqui Mateen, who has been identified as the killer, called 911 during the attack at Pulse nightclub and pledged allegiance to the leader of ISIS. At last count, the siege left 49 dead and 53 injured.