Michael Jackson planned to make two feature films including one based on his hit song "Thriller" once he finished his worldwide tour, according to Kenny Ortega, the director of the concert that was canceled in the wake of the entertainer’s death in June. 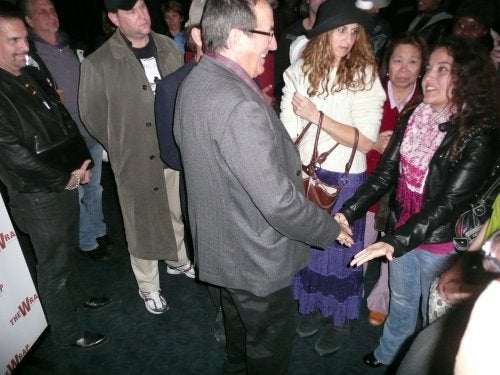 ing interview about working with the pop singer on Monday night after a special screening of "This Is It," the documentary he compiled from footage of Jackson’s rehearsals in the singer’s final days.

He told the overflow audience that he and Jackson had plans underway to do a musical remake of "Legs Diamond," a Peter Allen gangster saga from the 1980s, and to do "a full length movie of ‘Thriller,’" one of Jackson’s most successful music videos.

Contrary to media reports at the time, Jackson "couldn’t wait to get to London," Ortega said. "This was not a retirement plan."

The concert film includes an elaborate 3D video based on the ghoulish ‘Thriller,’ directed in the 1980s by John Landis, with the audience expected to don 3D glasses during the live event. The 14-minute original is considered a landmark music video that helped put MTV on the map. The film, an elaborate horror movie homage, featured dancing zombies and a voice over by Vincent Price. It went on to sell 9 million units and the song reached number four on the Billboard Hot 100 singles chart and number one on the Radio & Records singles charts.

Ortega believed that had he lived, Jackson was poised for a career resurgence that would have restored some of the luster lost after the singer’s 2005 child molestation trial.

The director said that Jackson hoped to kick off a final two year tour after his 50-concert set in London ended.

Last summer, Ortega went from putting the finishing touches on what was to be Michael Jackson’s heavily anticipated return to live concerts to helping plan the memorial service for the "King of Pop" in a matter of days.

Ortega was so devastated that when Sony approached Ortega about turning the over 120 hours of rehearsal footage into a concert film, the director and choreographer turned the studio down. 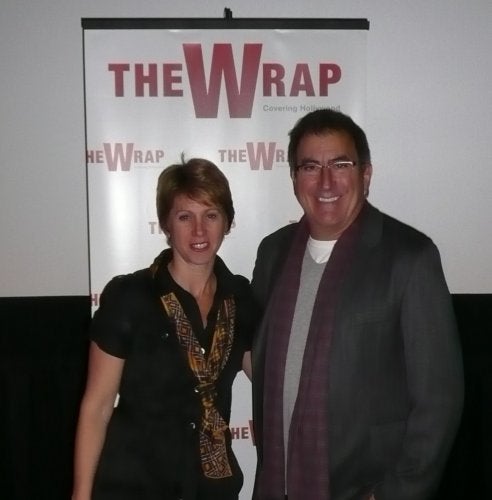 But as he began to go over the film to see if any of it was usable, he slowly began to feel that there was enough material there to make a fitting memorial to Jackson and to draw attention to the pop star’s pet issues such as global warming.

"It was healing," Ortega said. "What I feared would be hurting, being with that footage, instead filled my heart with joy."

The crowd at the ArcLight Sherman Oaks screening responded in kind, breaking out into spontaneous applause after every musical number, rising to their feet in a prolonged standing ovation as the credits rolled and crowding around Ortega to express their gratitude when the movie ended.

During an emotional Q&A period with TheWrap’s editor Sharon Waxman following the film, Ortega spoke about his hopes for the concert, his relationship with the "gloved one," and his sadness about the tawdry circumstances of his death. At times, the director teared up while reflecting on his relationship with Jackson.

"I’m disappointed, it didn’t need to happen," Ortega said of Jackson’s drug-related death. "This happens all too often to beautiful people. They don’t take into consideration the consequences of their actions. Unfortunately, we live in a world where people say ‘yes’ whether or not it’s the right answer. Whether or not Michael was asking for it, ‘yes’ shouldn’t have been the answer."

The Jackson in "This Is It," is a surprisingly spry and energetic presence, bounding around the stage and exhorting the backup dancers and musicians to give their all – a far cry from the dissipated, Howard Hughes-like figure withering away in his final days that had been portrayed in the tabloids.

That said, Jackson does look shockingly gaunt in the movie.

"We did talk a lot about his weight," Ortega said. "We would always try to get him to eat something, but he said ‘I’m a dancer and this is how I like to feel.’ He was a 50 year old man, and I felt he should be given the respect to be responsible for himself."

"He needed this concert," Ortega added. "I felt that it would help Michael grow and become healthier, but, yes, I did notice that he sometimes seemed frail."

Ortega hopes that "This Is It" will change the discussion surrounding Jackson from the circumstances of his death to his music and message of love.

"I’m humbled to have been invited to be a part of his life," Ortega said. "I wish he was here and I’m going to miss his frequent calls at four in the morning."