For the filmmakers behind most of the Oscar-nominated films, recognition from the Academy is a valuable way to get attention, bring viewers into the theaters, and add to their films’ boxoffice or home video revenues.

For the directors behind the nominated documentaries, the stakes are higher than that.

All five nominees in the Feature Documentary category – “Burma VJ,” “The Cove,” “Food, Inc.,” “The Most Dangerous Man in America: Daniel Ellsberg and the Pentagon Papers” and “Which Way Home” – are serious, issue-oriented films. All would like to influence not only how we view the issues they address, but would like to lead to changes. 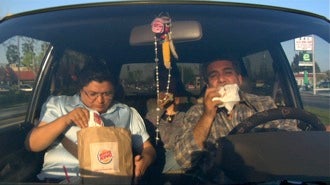 And for those films, say the nominated directors, an Oscar nomination can be a crucial step.

“This helps build momentum, and that can affect policy,” says Robert Kenner, the director of “Food, Inc.,” which examines food production and consumption in the United States, and underlines the dangers of a system in which a few big companies control nearly everything we eat.

“When we met with the Secretary of Agriculture, he said to us, ‘If you lead, we will follow,’” says Kenner. “That’s why we need this kind of attention.”

Kenner admits he got very little sleep the night before the nomination. “But it was all worth it,” he says. “Who would have thought when we started out six, seven, eight years ago that a film about how food gets to your table would get this kind of reaction?”

The most important change, he adds, has come from the food companies, virtually all of which refused to talk to him when he was making his film.

“A lot of the industry that wouldn’t talk to us before,” he says, “is now basically lining up and wanting to speak. And the reason for that is that their customers are concerned.” 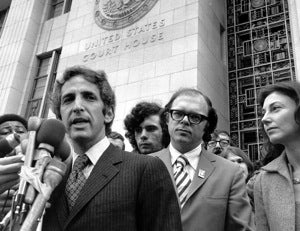 For Rick Goldsmith, one of the directors of “The Most Dangerous Man in America,” the timing of the nomination was even more fortuitous. His film was just released in New York, and over the next few weeks it will expand into Los Angeles, San Francisco, Washington D.C. and around the country.

“This is very important for us,” he says, “because it gets the film out there more. It gives us a higher profile at a time when we can really get people to see it.”

The ones who see it, he adds, respond to the story of Ellsberg, who leaked the Nixon Administration’s secret Pentagon Papers to the New York Times during the Vietnam War.

“It’s a story about somebody who chooses conscience over career,” he says. “And there are certainly parallels between what the government did then – they lied people into war – that resonate today. I think people feel powerless today, and this film shows somebody trying to stand up.” 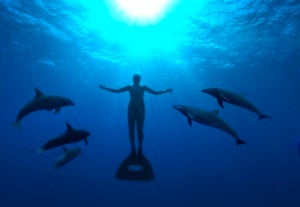 For director Louie Psihoyos of “The Cove,” the Oscar nomination is key less for attracting U.S. viewers – his film is already on DVD – but for its potential impact on a specific foreign audience.

“For me, the reason the Oscar nomination is so important is not because it’s recognition for me or my movie,” he says. “It’s because the Oscars are one of the most widely-watched shows on Japanese television.”

“The Cove” details the annual slaughter of dolphins in a Japanese fishing town, and the subsequent sale of their mercury-tainted meat throughout Japan.

“The Japanese government has been aggressively trying to cover up the fact that this movie exists – but the Japanese people care so much about the Oscars that now the government won’t be able to do that.”

Psihoyos says he’s become good friends with Kenner during awards season, and feels as if the fraternity of documentarians are “collaborators, not competitors.”

So, perhaps, he speaks for all his fellow nominees when he concludes, “We are an issue-oriented film, and we’re trying to do something. When you go to see the movie, the experience isn’t just ten dollars and a box of popcorn.

“We’re trying to change the world, and the Oscars will help do that.”