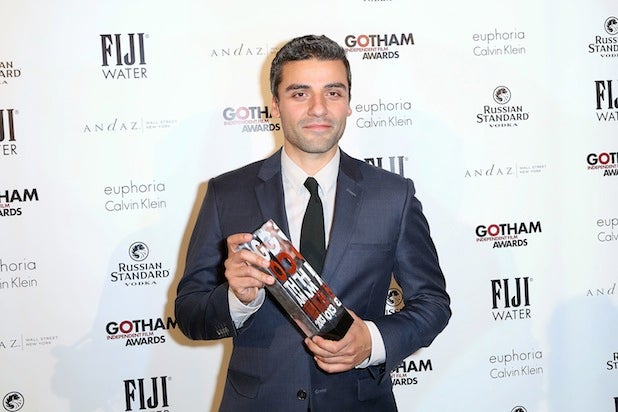 “Inside Llewyn Davis” star Oscar Isaac is in negotiations to replace Javier Bardem in J.C. Chandor’s next film “A Most Violent Year,” which also stars Jessica Chastain, multiple individuals familiar with the project have told TheWrap.

Additionally, TheWrap has exclusively learned that Chandor is courting his “Margin Call” star Stanley Tucci for a key supporting role.

Isaac’s casting remains far from official, as the two sides remain far apart on a deal. Bardem exited the project several months ago due to creative differences with Chandor, who also wrote the script.

Set in 1981, when violence and corruption in New York City ran rampant, story follows the ambitious owner of an oil company who must protect his business and his family from his competitors as they violently try to run him out of business. The film finds him and his wife crossing paths with high-powered lawyers, wealthy bankers, dangerous teamsters and a shady district attorney.

Participant Media is planning to finance the film, which is expected to start production in January in New York. FilmNation is handling worldwide sales.

Isaac has a quartet of indie movies on the horizon, including “Mojave,” “In Secret,” “Ex Machina” and “The Two Faces of January.” He’s represented by UTA and Inspire Entertainment.