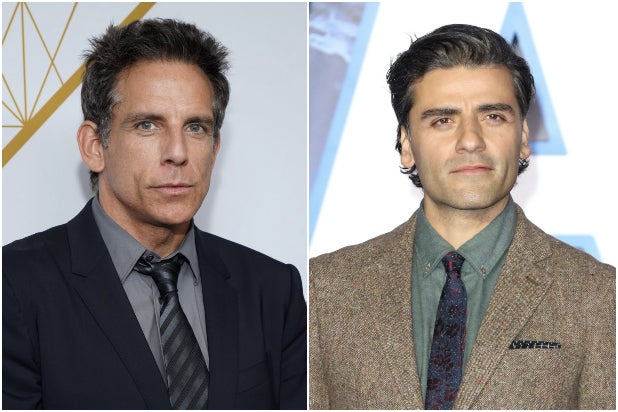 Oscar Isaac is set to star in and produce the next film from director Ben Stiller, a thriller called “London” for Lionsgate, Erin Westerman, president of production for Lionsgate, announced Monday.

Eric Roth (“Forrest Gump,” “Munich,” “A Star Is Born”) is adapting the screenplay for “London” based on a new short story from crime author Jo Nesb, though details about the plot are being kept under wraps.

The project was first identified by Isaac, who obtained the rights as a producer under his Mad Gene Media banner, then attached Stiller and Roth to the project.

Stiller will join Isaac as a producer of the film through his Red Hour production banner, along with his producing partner Nicky Weinstock. Isaac’s longtime manager and sometimes producing partner Jason Spire will round out the team. Nesbo will executive produce along with Niclas Salomonsson.

“This is an incredible team of filmmaking that has come together for this project. Eric is a master storyteller whose screenplays are canonized in film history; Ben’s work as a filmmaker, including his latest accomplishment, ‘Escape at Dannemora,’ is astounding; Oscar is a force in all that he does, both behind and in front of the camera. As Eric adapts Jo Nesbo’s evocative and memorable short story into an incredible film, we’re confident that Ben will bring all of the tension and emotion in directing London – and Oscar will not only give a riveting and dynamic performance, but as the producer leading the process to bring this team together, has an incredible energy and passion for the material. As fans, we are thrilled this tour de force of talent came together for such a compelling story, and as a studio, we are honored they chose Lionsgate,” Westerman said in a statement

Isaac was most recently seen in the final “Star Wars” movie “The Rise of Skywalker,” and he’ll next be seen in the sci-fi epic “Dune” for Warner Bros. He was also shooting Paul Schrader’s next movie “The Card Counter” before production was shut down.

Stiller is hot off directing the miniseries “Escape at Dannemora,” for which he was nominated for an Emmy. He’s also at work on the Apple TV+ series “Severance” that also features “Dannemora” star Patricia Arquette. Stiller’s last feature film was “Zoolander 2” in 2016.

Nesbo’s work has sold over 45 million copies in 50 languages worldwide. His books “The Leopard,” “Phantom,” “Police,” “The Son,” “The Thirst,” and his latest novel, “Knife,” all became international bestsellers. “London” will be part of a forthcoming story collection to be published by Knopf.

The project was brought in by Brady Fujikawa, who will be overseeing the project for the studio with Scott O’Brien.