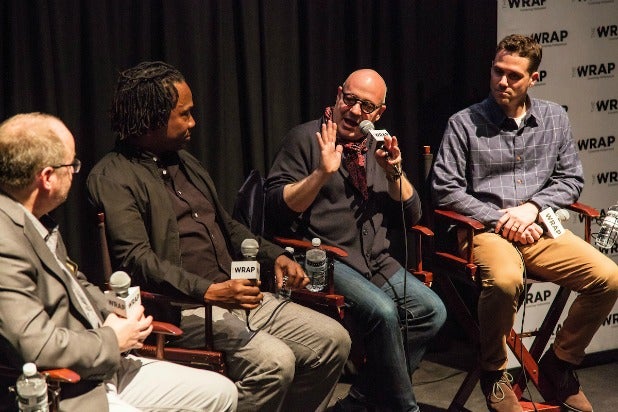 Three Oscar nominated documentary filmmakers believe that their medium has taken on a new importance in the era of President Donald Trump.

“When I saw the images of black protesters getting kicked out, violently, from rallies, and or his rhetoric about the old days, with him saying ‘We used to send them out on stretchers,'” Averick TheWrap’s Steve Pond at the Landmark Theater February 9. “I was like, ‘Yeah, I just saw that two days ago when I was editing that.'”

“All of your friends, everyone has an opinion,” he continued. “There’s so much that I feel documentaries right now cut through all that. I feel like they’re needed right now, more than ever.”

Also on hand for the discussion were “Fire at Sea” director Gianfranco Rosi, and “Life, Animated’ director Roger Ross Williams.

“I think that that’s the way to make a powerful statement, is to help the audience gain empathy,” said Williams, whose film follows a young autistic man named Owen Suskind who rediscovered his ability to communicate by immersing himself in classic Disney films. “I think people like Owen, especially in this political climate, where we have a president who mocks people with disabilities, it was important…for people to understand that people like Owen have a place in this country and in the world.”

Rosi also felt the Trump effect, particularly when he brought his film “Fire at Sea” to America. The film documents life in Lampedusa, an Italian island on the front line of Europe’s migrant crisis.

“Migration right now is a universal issue,” Rosi said. “Lampedusa somehow, the way I film became like almost a state of mind. There’s something that belongs to the mind, and that is able to adapt to different places, depending on the part.”

“It’s important for me to make a film that doesn’t have a statement there, but somehow allows the audience in the place that you’re shooting the film to interact with the material, because the material has to have a latitude, which is so structured and so different layers of them, and allowed to have this interaction with the audience,” he concluded.